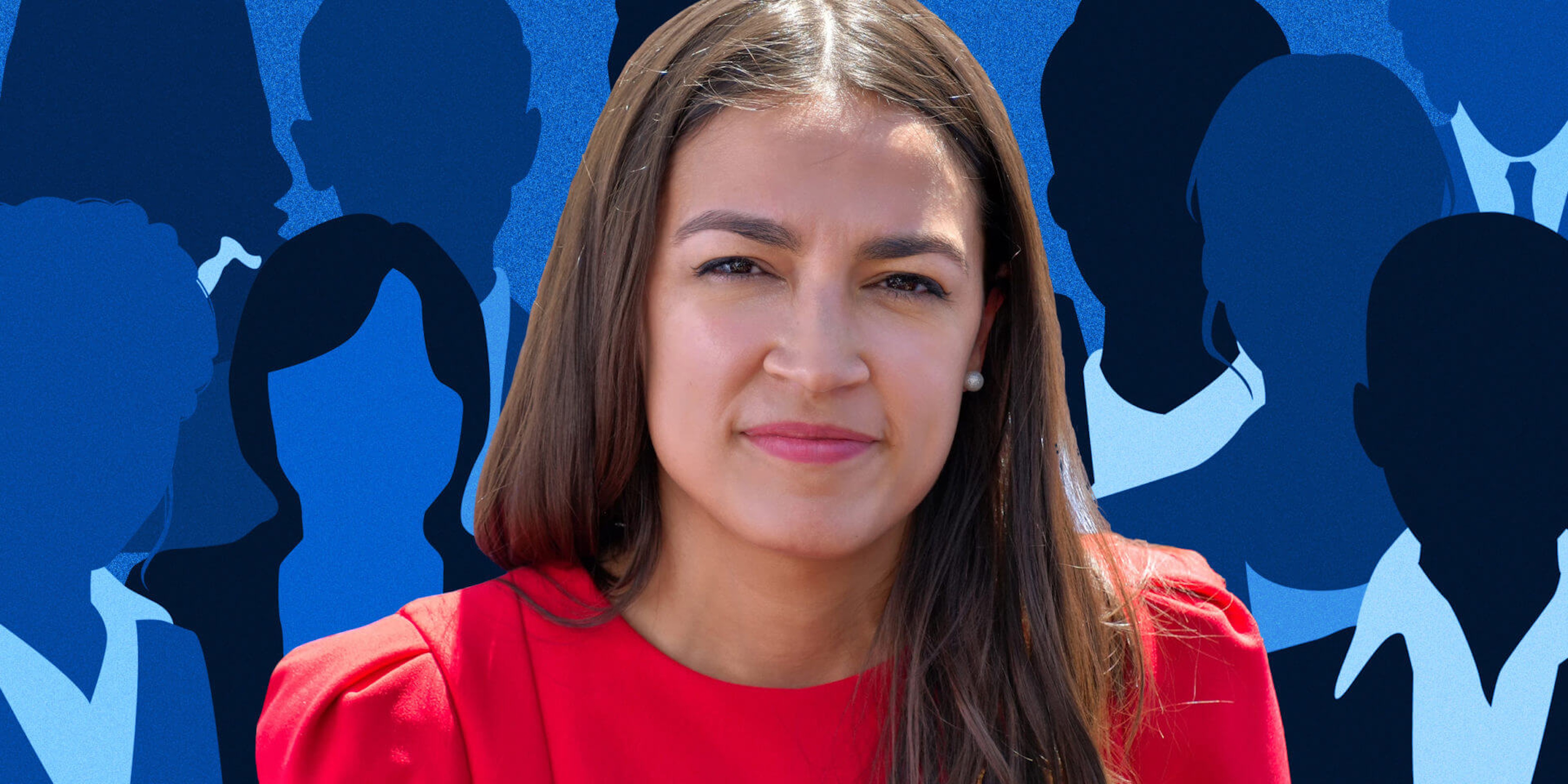 The 14 progressives who could be the next AOC

Who will be the next members of “The Squad?”

While mainstream media is largely focused on the Democratic presidential primary, grassroots groups and organizers are eyeing opportunities to add progressive candidates to Congress. With the success of “The Squad” (Rep. Alexandria Ocasio-Cortez (D-N.Y), Rep. Ilhan Omar (D-Minn.), Rep. Rashida Tlaib (D-Mich.), and Rep. Ayanna Pressley (D-Mass.)), both at the ballot box and in the media, there are a number of hopefuls lining up to build a left-leaning coalition that can land them in Congress.

Groups like Justice Democrats, Our Revolution, and the Democratic Socialists of America are already starting to look at endorsements for insurgents challengers hoping to continue the leftward shift in Washington. Though there is still plenty of time for candidates to distinguish themselves, a number of prominent progressives are already grabbing the spotlight locally and nationally.

Here are some of the most interesting primary challengers jumping into the 2020 race. 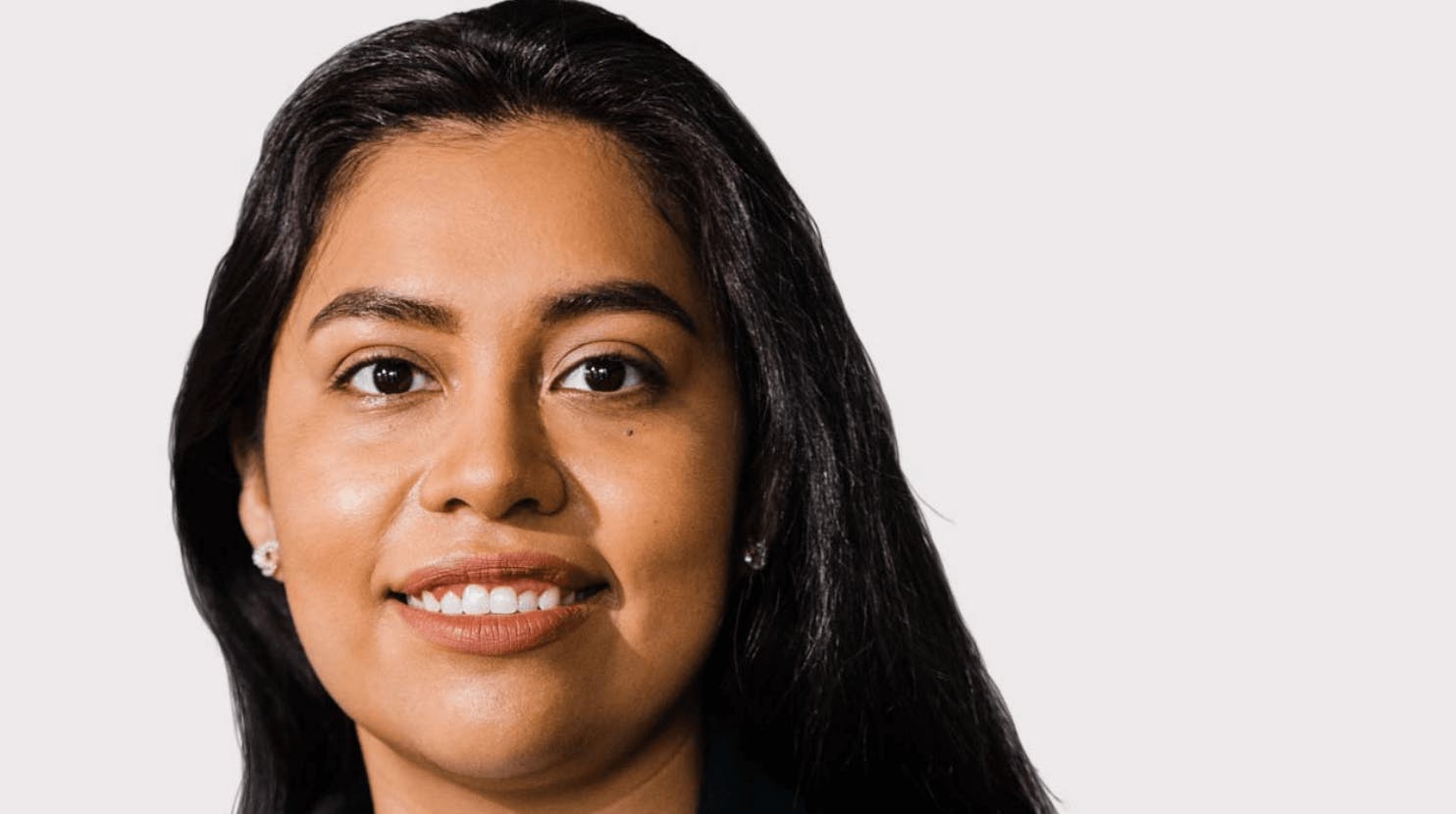 If 26-year-old Jessica Cisneros wins this election, the Justice Democrats backed candidate will be the youngest woman ever elected to Congress.

Cisneros seeks to unseat Rep. Henry Cuellar, a conservative Democrat who has taken donations from immigrant detention centers. Cuellar also has an “A” rating from the NRA and has worked on anti-immigration legislation.

By contrast, Cisneros, an immigration and human rights attorney, has a progressive platform that includes free public college, refuses to take PAC or lobbyist money, supports $15 minimum wage, and backs both Medicare for All and the Green New Deal.

As an immigration lawyer, immigration is a major issue for Cisneros. She is campaigning on the DREAM Act and visa reform, opposes ICE, and wants to end to mass deportation and family separation.

The first candidate the Justice Democrats backed this cycle, Jamaal Bowman is seeking to unseat an 18-term incumbent in the Bronx.

Bowman, a middle school principal, has a compelling progressive platform tailored to the priorities of his constituents. His ambitious restorative justice proposals include legalizing marijuana and bringing an end to cash bail, solitary confinement, excessive sentencing, and the school-to-prison pipeline.

Like other New York progressives like AOC and state representative Julia Salazar in Brooklyn, Bowman prioritizes housing in his platform. He hopes to decrease rent burdens, upgrade public housing, and bring an end to homelessness in his district.

Democratic Socialist, community organizer, and farmer Heidi Sloan kicked off her campaign in Texas this week. She told the Austin Chronicle she’s running on “Medicare for All, a Green New Deal, workers’ rights, and safety & liberation for marginalized people.”

Sloan has an interesting history as an organizer. She works at Community First Village of Mobile Loaves and Fishes where she “created the farming program that both feeds residents and provides employment.” She was a key activist in Austin DSA’s fight to win paid sick leave in the city of Austin.

Though his campaign hasn’t yet drawn much national attention, Carter is promising progressive candidate. Carter, a DSA member, would have one of the nation’s most forward-thinking platforms if elected to office.

Carter tells The Daily Dot he has endorsements from key progressive organizations in the works, but would not comment on specifics.

Leckey will face an uphill battle attempting to unseat the conservative Democrat Joseph Kennedy III (who may leave to run for Senate anyway). She has her progressive bonafides in order, though. She has pledged not to take any corporate PAC money, supports Medicare for All, backs the Green New Deal, and touts an aggressive social housing plan. 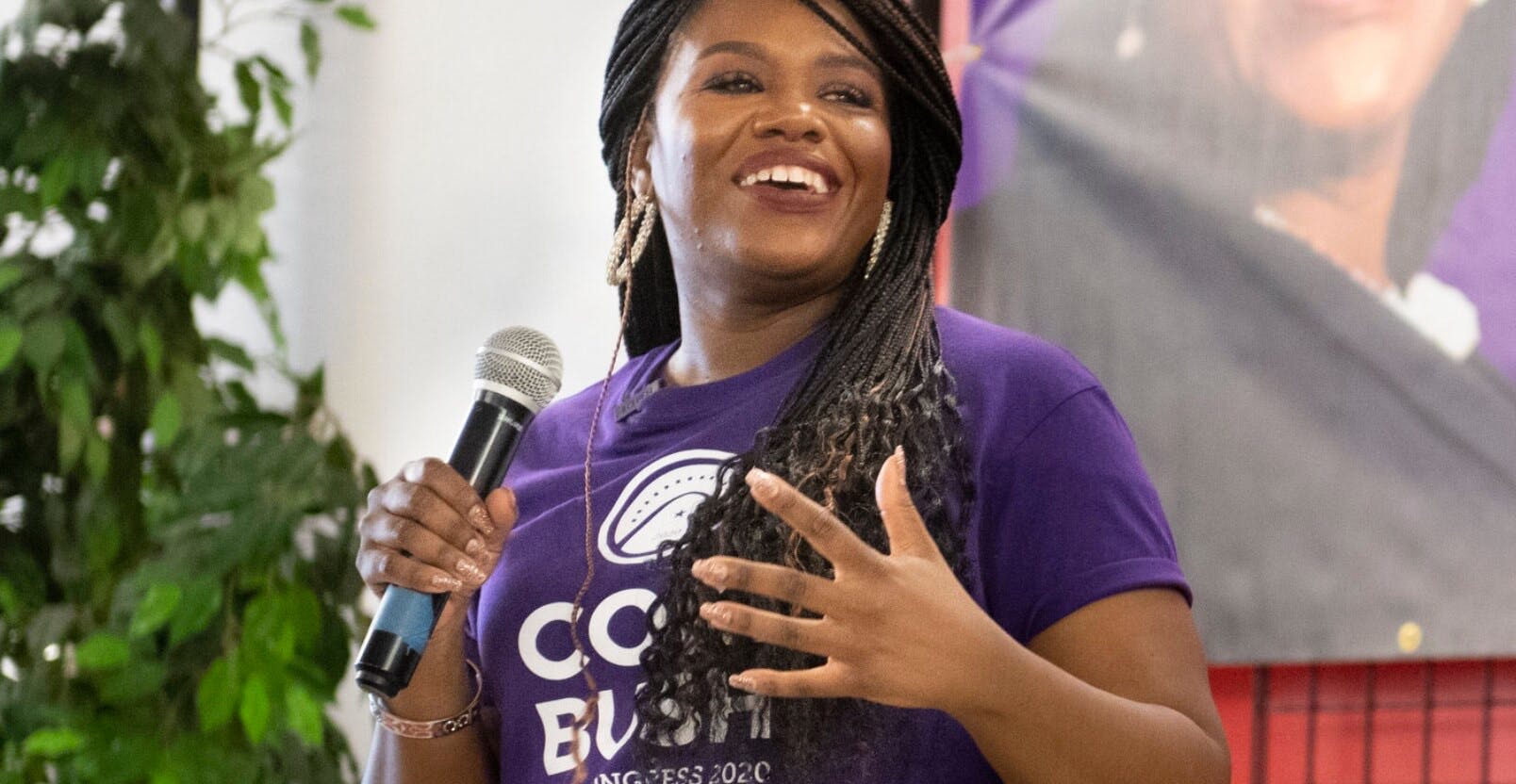 Bush was one of the insurgent hopefuls who couldn’t quite get over the finish line in 2018. She lost to incumbent Rep. Lacy Clay. She hopes to take the lessons she learned from her last bid into a more successful effort in 2020.

Criminal justice is a key issue for Bush, who marched in the streets of Ferguson following the killing of Michael Brown by police. She wants to end mass incarceration, end subsidies for private prisons, and end cash bail. Police reform is a priority for Bush.

The environment is also important to Bush. Her platform uses the language of environmental racism to explain how “underserved and underrepresented communities experience devastating health and environmental hazards.”

She advocates green energy training and jobs, a just transition, and inclusion of front-line communities in a Green New Deal.

Endorsed by the Portland, Oregon chapter of the Democratic Socialists of America, Albert Lee has a strong platform centered around economic and climate justice.

He begins his appeal to voters by linking the two issues.

“Today, we face an existential crisis in the form of irreversible climate change,” Lee says. “This is the culmination of politicians’ choices to support an economic system that’s doing exactly what it was programmed to do: create wealth through the exploitation of workers and the degradation of the environment, while fueling unsustainable levels of consumption.”

Along these lines, Lee supports a Green New Deal, public transit for all, a jobs guarantee, union protections, stronger bank regulations, and a maximum wage.

Wilkes has gained a national profile as the challenger to moderate House majority leader Steny Hoyer. Her comprehensive platform includes many issues you’ve come to expect from insurgent candidates and some other ambitious ideas.

Her “building worker power” policies include ending “right to work,” (laws that allow non-union workers to enjoy the benefits of an organized workplace without joining and/or paying into the union), offsetting stock buybacks with mandatory wage increases, and wage boards that would give workers a voice in setting wages.

Her “Black agenda” not only includes reparations, but also aims at strengthening voting rights in communities of color, protecting frontline communities with a Green New Deal, and declaring Juneteenth a federal holiday.

Though he is only 30 years old, Alex Morse has plenty of executive experience. Elected mayor of Holyoke, Massachusetts at age 22, Morse focused on green energy investment and the arts to revitalize his town.

Morse has launched his congressional campaign with a focus on economic revitalization and fighting the opioid crisis (his brother has struggled with addiction). He has pledged not to take PAC money, and criticized his primary opponent Rep. Richard Neal for taking donations from pharmaceutical companies.

As mayor, Morse has pushed for a Green New Deal; he has centered environmental programs as both an economic and climate issue.

The openly gay mayor has already drawn the endorsement of the Justice Democrats and national attention for his ambitious policies. 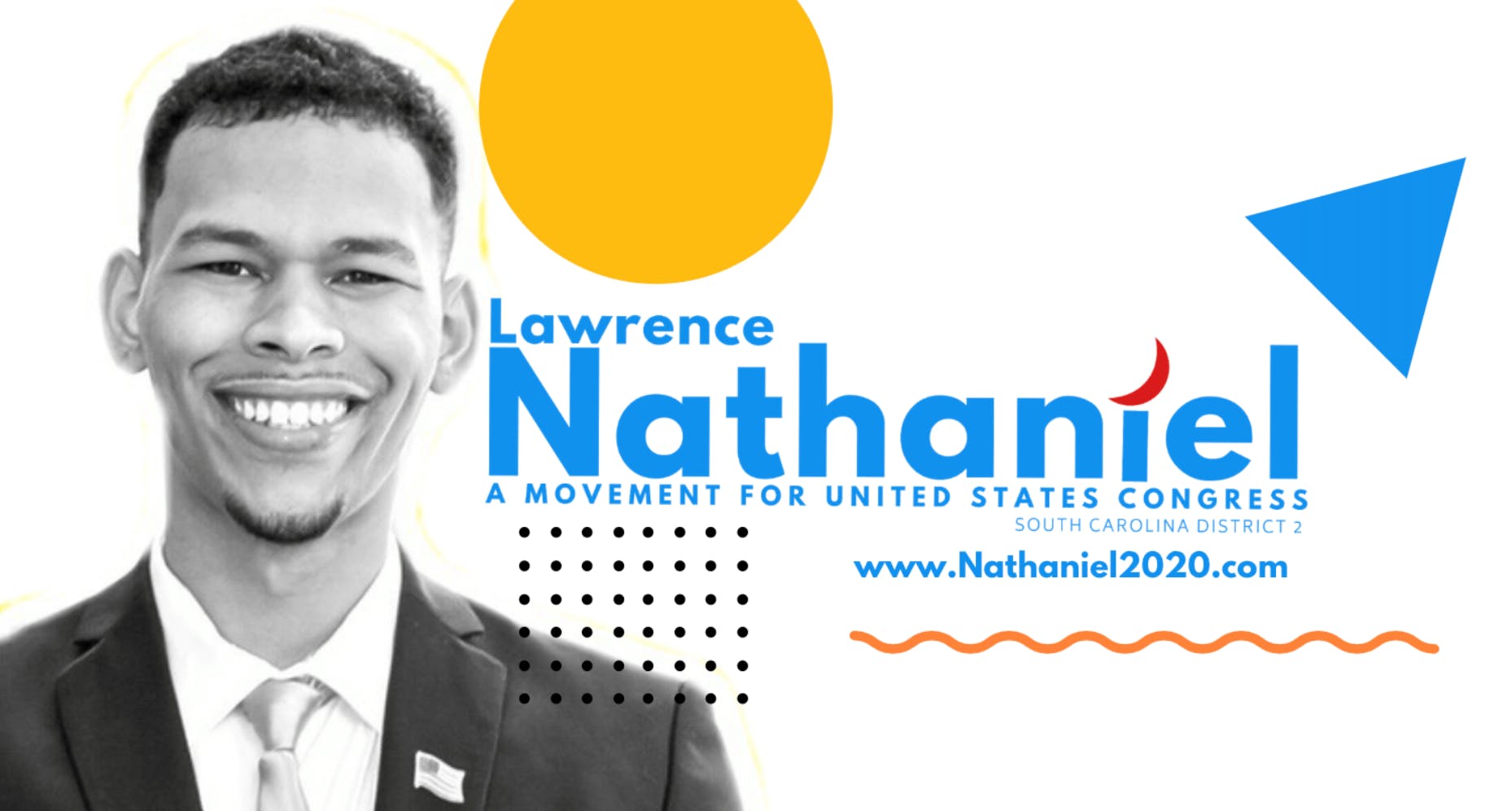 He also believes public college should be tuition-free, wants to bring an end to private prisons, supports a federal jobs guarantee, and has outlined a progressive policy program to support reproductive freedom.

Nathaniel told the Daily Dot, “I am running as a 26-year-old Black/Latinx and I am running in one of the most conservative districts in the nation…[This is] a district where hospitals are closing down and public housing is falling apart.”

Bell lost to Republican Randy Weber in 2018, and she will return to the campaign trail in an attempt to unseat him in 2020.

As a teacher, Bell lists education as one of her top priorities. She would like to see better funding and smaller classroom sizes for Texas schools.

Parson’s robust platform outlines 15 specific areas of focus for her political program. Some of her most progressive stances include expanded rights for the disabled, a “housing first” policy for addiction treatment, student debt cancellation, and ending LGBTQIA+ discrimination in adoption and education.

She highlighted her housing proposals when speaking to the Daily Dot. She says she would focus on “National rent control, a massive investment in public housing, and anti-gentrification community land trusts” if elected. She also wants to focus on “bringing Big Pharma into public ownership.”

Her ambitious Indigenous rights program would include supporting tribal sovereignty and jurisdiction, honoring treaties, funding the Indian Housing Block Grant Program, full funding of the Bureau of Indian Education, and reversing the Carcieri Supreme Court decision which made it difficult for tribes to protect land that was taken from them prior to their federal recognition by the United States.

Parson, a DSA member, tells the Daily Dot she is seeking the endorsement of DSA, Our Revolution, Brand New Congress, and Justice Democrats.

She has also taken the Sunrise Movement’s No Fossil Fuel Pledge.

Truck driver Joshua Collins leads his platform with three key issues: Green New Deal, Medicare for All, and “a peace economy” which he defines as the insistence that “America’s biggest export should be labor rights and green energy, not bombs and war.”

Collins also has a robust plan to revitalized unions, including a national structure for expanding union membership and ending both “right to work” and the Taft-Hartley Act.

During the 2018 midterms, most of the candidates endorsed by groups like Our Revolution and Justice Democrats failed to carry their general elections. However, with the popularity of “The Squad” and the continued organization of the Left, it is very possible that the ranks of progressives and leftists in Congress could swell in 2020.

If the left-wing of the Democratic Party is going to continue to grow, these are some of the candidates who might just change the shape of the House, and change the trajectory of progress in American political life.