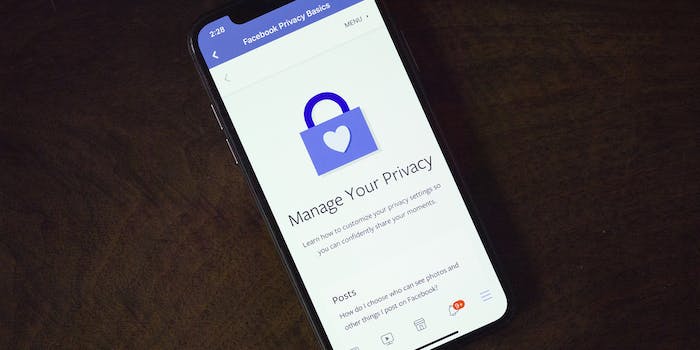 Facebook has a long history of sharing user data.

Founded in 2007, Profile Engine is a search engine designed around finding people on social networks. While roughly 10 million people created their own profiles on the site, the majority of Profile Engine’s information came from scraping other social networks, namely Facebook. While the website isn’t particularly popular, it came to prominence around 2014 after Europe’s “right to be forgotten” law came into effect. Many individuals requested their information be removed from the site.

According to a Profile Engine help page explaining how the site got all of its data, here’s how it happened:

Facebook made available about 420 million public profiles and contracted with us to provide a powerful search engine for Facebook (originally simply called “Advanced Search for Facebook” and later renamed “The Profile Engine”). We added these profiles from Facebook to the profile engine database with the full knowledge, approval and permission of Facebook. Facebook agreed to this because we provided them with powerful and innovative search engine features which are not available on Facebook itself.

Profile Engine goes on to say that these same profiles were offered to other search engines, market research organizations, and made the data publicly downloadable as bittorent files, too. As opposed to the data shared with Cambridge Analytica, however, all of this data was public at the time. The search engine had access to this data from 2007 to 2010, when Facebook suddenly quit maintaining the information and didn’t communicate when information was deleted or made private.

Before that point, the search engine gathered 15 billion “friendship” connections between people, three billion “likes,” and information about group memberships.

In 2012, Profile Engine sued Facebook over the change of heart. While it no longer gets updated information directly from Facebook, the site still exists today, and you can still search it for user profiles.

This week, Facebook overhauled and simplified its privacy settings menu in an attempt to pacify users following the Cambridge Analytica scandal. The social network has also disabled the practice of allowing third-party data for ad-targeting. The moves are positive but don’t negate questionable practices from Facebook’s past.