Obama calls on Congress to stop ‘a handful of families’ from bankrolling U.S. elections

The 'dark money' beneath U.S. politics has skyrocketed.

President Barack Obama, in his final State of the Union address, urged Congress to adopt “a better politics,” and stop “a handful of families and hidden interests” from bankrolling American elections.

For the first time in 34 years, an outgoing U.S. president accepted an invitation to deliver annual remarks before a joint session of Congress. In under an hour on Tuesday evening, Obama outlined his vision of the nation’s future and declared, “the state of our union is strong.” He warned against listening to voices “urging us to fall back into tribes,” while asking the country to “stand up for others, especially the weak, especially the vulnerable.”

“Those with money and power will gain greater control over the decisions that could send a young soldier to war.”

With a year to go in his presidency, Obama concluded by saying he was “optimistic that unarmed truth and unconditional love will have the final word.”

Largely avoiding legislative demands, Obama called on Congress to put an end to gerrymandering—the process by which politicians manipulate voting district boundaries to, as Obama described it, “pick their voters and not the other way around.” The voting system itself requires reform and modernization, to be “easier, not harder” for Americans to participate. And it is essential that we “reduce the influence of money in our politics,” he said.

“Those with money and power will gain greater control over the decisions that could send a young soldier to war,” he added, “or allow another economic disaster, or roll back the equal rights and voting rights that generations of Americans have fought, even died, to secure.”

Also called “dark money,” the political spending of tax-exempt, nonprofit groups has had enormous and unforeseen effects on the U.S. election system. Due to their classification as “social-welfare organizations” or “trade associations,” dark-money groups, which are different than super PACS, are not required to disclose the identities of their donors. 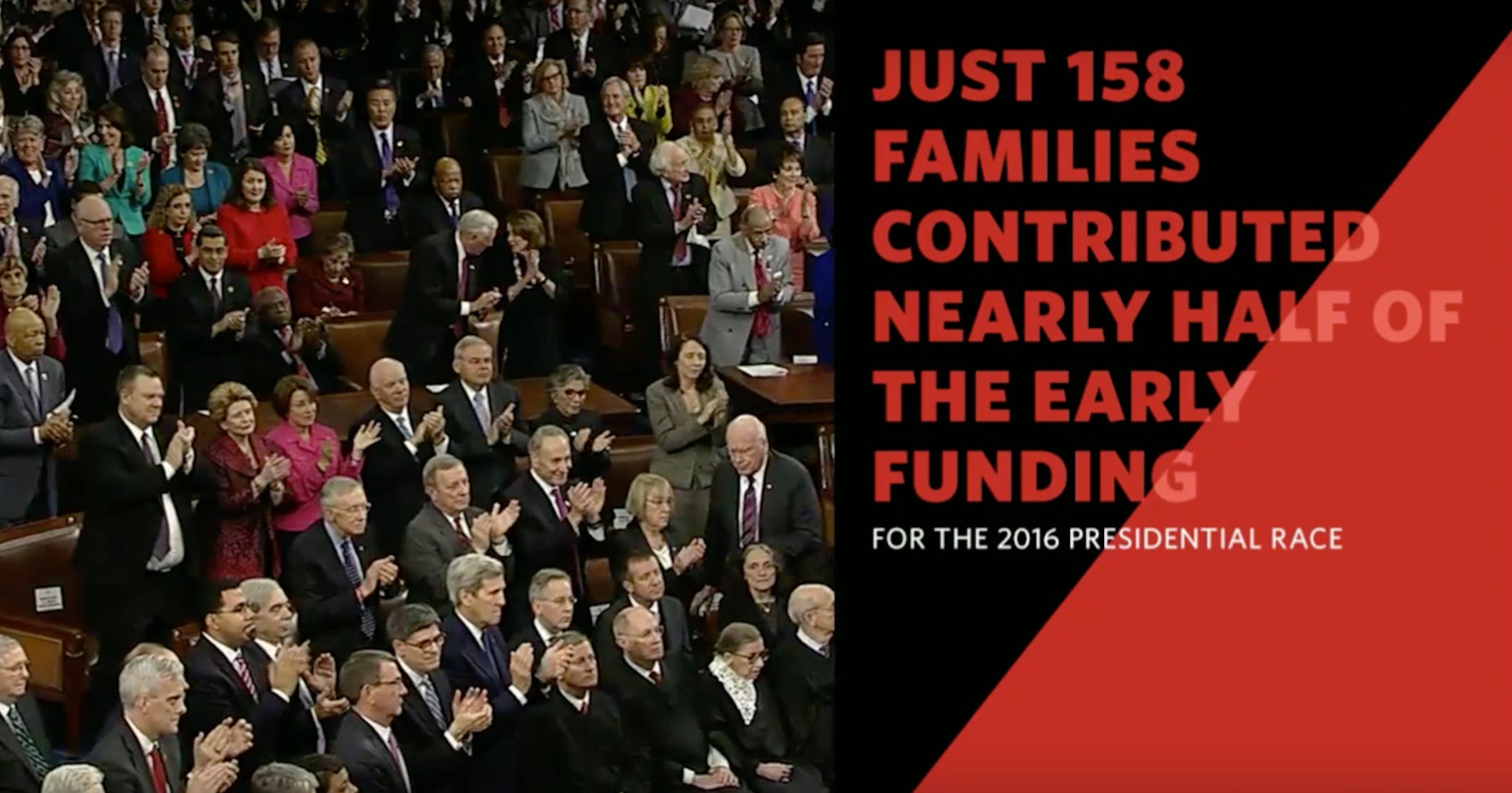 Falling under the jurisdiction of the Internal Revenue Service, dark-money groups are permitted to engage in “nonpartisan political activity,” as long as a broadly-defined “majority” of their work is focused on “social welfare.” On the other hand, super PACs—political action committees—are created specifically to support candidates or to tackle politically divisive issues, which is why they are required to disclose their donors on a quarterly, if not monthly basis to the Federal Election Commission.

Transparency in politics suffers when the two groups meet: Super PACs can receive unlimited contributions from dark-money groups that keep the names of their donors hidden from the public.

The funds are amassed in immense sums from corporations, unions, and individual donors. During the 2012 election cycle, entities spent more than $309 million in dark money; following a growing trend, those contributions increased by as much as 1,000 percent in 2015.

“A better politics doesn’t mean we have to agree on everything,” Obama said. “This is a big country, with different regions and attitudes and interests. That’s one of our strengths, too.

“This is a big country, with different regions and attitudes and interests. That’s one of our strengths, too.”

“Our Founders distributed power between states and branches of government, and expected us to argue, just as they did, over the size and shape of government, over commerce and foreign relations, over the meaning of liberty and the imperatives of security.”

Obama dedicated a fair amount of his speech to praising the accomplishments of his administration; from effectively legalizing same-sex marriage nationwide, to building “the strongest, most durable economy in the world,” and providing nearly 18 million Americans with health insurance under the Affordable Care Act.

In a nod to the U.S. nuclear agreement with Iran, Obama credited “a global coalition, with sanctions and principled diplomacy” for helping prevent a world war.

Finally, regarding the threat of ISIS-related terrorism, the president sought to assuage fears that “fighters on the back of pickup trucks” could ever threaten “our national existence.” While leading a coalition of more than 60 countries, Obama said, America has successfully moved to “cut off [the Islamic State‘s] financing, disrupt their plots, stop the flow of terrorist fighters, and stamp out their vicious ideology.”