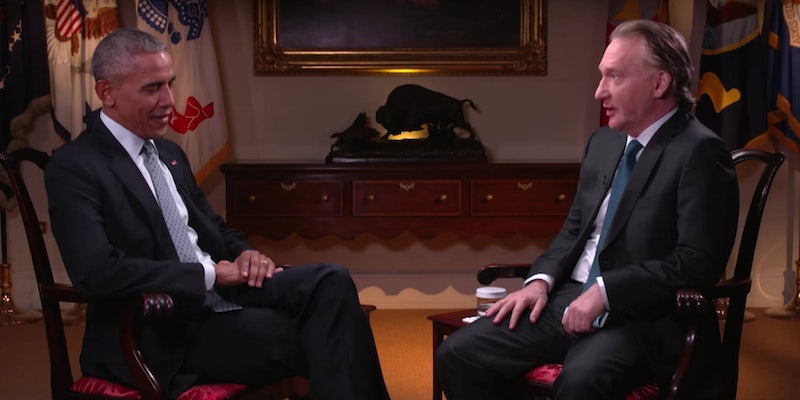 President Obama sits down with Bill Maher on ‘Real Time’

All 37 minutes are available online.

President Obama appeared on Real Time With Bill Maher on Friday night, sitting down for a lengthy interview that touched on the criminal justice system and marijuana reform as well as Obama‘s legacy. The Q&A didn’t air in full, though it was posted to YouTube shortly after Real Time finished airing.

Obama also urged voters to cast their ballots for Democratic nominee Hillary Clinton, stating that “the choice in the election should be really clear.” He not only vouched for the former Secretary of State but called Republican nominee Donald Trump out by name and encouraged voters to take action.