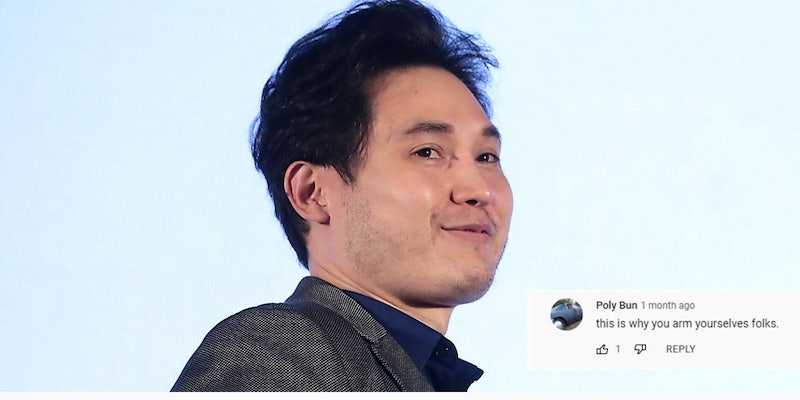 The video was of a police shooting.

The man accused of a mass shooting in Portland, Oregon reportedly commented on one of Andy Ngo’s YouTube videos in the past month, writing “This is why you arm yourselves folks.”

Police say Benjamin Smith, 43, opened fire on peacekeepers accompanying a Black Lives Matter protest in Portland on Saturday. One woman was killed and five wounded, including Smith, who was shot in the hip by an unidentified individual who returned fire.

Smith is facing charges of murder and attempted murder. The person who shot him is not being charged.

In the immediate aftermath of the shooting, right-wing figures attempted to take control of the narrative and cast blame on antifascists.

“The narrative by antifa that it was a far-right attack is falling apart,” claimed right-wing provocateur Andy Ngo.

After Smith was identified, numerous sources told reporters that he was actually an adamant critic of racial justice and leftist protests.

“He talked about wanting to go shoot commies and antifa all the friggin‘ time,” Smith’s roommate Kristine Christenson told OPB.

Smith had grown increasingly radicalized in recent years and was also heavily into guns, Christenson said. Police reportedly recovered an arsenal of weapons from Smith’s residence.

As the Daily Dot previously reported, Smith went by Polybun on social media. Screenshots of his purported social media history and chats included violent, antisocial, and antisemitic comments. One comment attributed to him wishes the Proud Boys would “shoot people up.”

On Thursday, antifascist researcher Chad Loder tweeted a screenshot of a recent comment YouTuber Poly Bun made on one of Ngo’s videos. They said that the account is Smith’s. The Daily Dot was able to confirm the existence of the comment as well as the account.

The video is of a police shooting in which an assailant in a department store and 14-year-old bystander hiding in a dressing room were killed.

Poly Bun wrote, “This is why you arm yourselves folks.”

Poly Bun’s YouTube channel remains active as of this writing. Its videos are mostly about cars and car repairs. Smith was a machinist.

One of Poly Bun’s YouTube videos is of furries at the 2017 Burning Man festival. A redditor who went by Polybun made numerous comments about attending Burning Man that year. Smith also reportedly belonged to the furry community for a time.

Poly Bun subscribes to dozens of YouTube channels about cars, history, and guns. 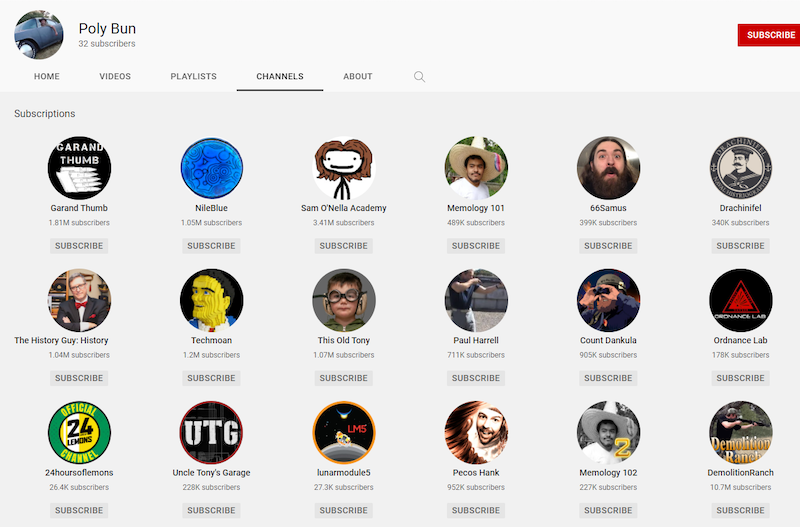 He also subscribed to Ngo’s channel, as the Daily Dot previously reported. The Daily Dot reached out to YouTube at publication to inquire about the account.