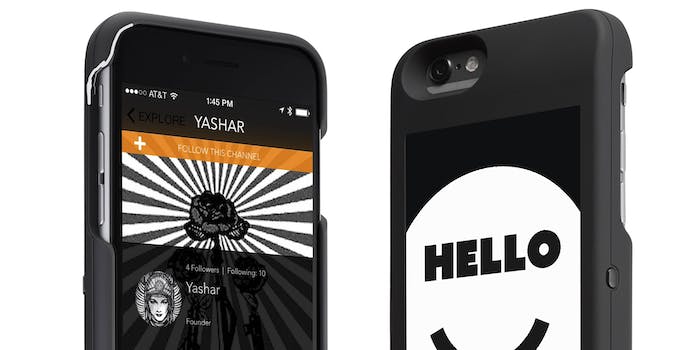 You never knew you needed it.

If the rising interest in wearable technology tells us anything, it’s that we want even more screens to look at. While we’re increasingly giving up real estate on our wrists or other body parts for additional displays, a clever accessory called PopSlate isn’t staking a claim on your body—it wants to give you another screen right on the back of the device you’re already carrying around.

Launching on Tuesday for iPhone 6, PopSlate is an e-ink case that connects wirelessly via Bluetooth to your smartphone. By pairing your PopSlate case to an application on your smartphone, you can send images to the back of your device.

The case provides a clever additional layer of customization to your phone: You can share photos in black and white from your camera roll, scroll through public PopSlate accounts to select designs from artists, or even connect your Instagram account to have PopSlate cycle through your best-lit selfies and over-edited beach photos.

It’s a nifty addition to your phone, but the real convenience of having that extra screen is to prevent significant drain on battery when you need to access things like boarding passes, concert tickets, or your calendar for the day. Instead of fumbling through your smartphone while in line at security, you can just turn your phone over and access passes immediately. 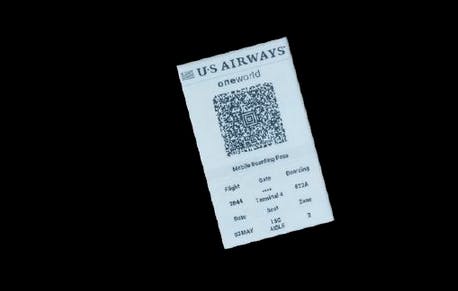 “So the idea that instead of unlocking your phone burning up time and power and opening up the app, couldn’t you make it a better process where you surface that information to make it available at a glance,” explains Greg Moon, founder of PopSlate.

The always-on plastic screen uses almost no battery and can last for a week without being recharged—it uses no battery to hold an image on the screen, and minimal battery to cycle through images. A button on the side of the case lets you change the image up to five times.

The first version of PopSlate will require you to manually “pop” or share photos to the back of your device. But Moon says in the next few months, data integration with the backend will automate pushes, allowing people to set recipes through If This Then That (IFTTT) to automatically pop updates to the back of the phone.

For instance, if your phone is on “do not disturb” in a meeting but you want to make sure you get messages from your significant other, you can set a recipe that will push all messages from a specific person to the back of your device—you can see alerts without opening up your phone.

Because the PopSlate photo stream is public by default, people can take and share photos and browse through other accounts like Instagram. Some artists are already using it as a way to grow their fanbase, and providing artwork for users to pop.

Street artist Eddie Colla is one of the most popular artists using PopSlate already. His unique and eye-catching designs turn your smartphone into a little slab of art, and he’s using the service as yet another new outlet to connect with fans. 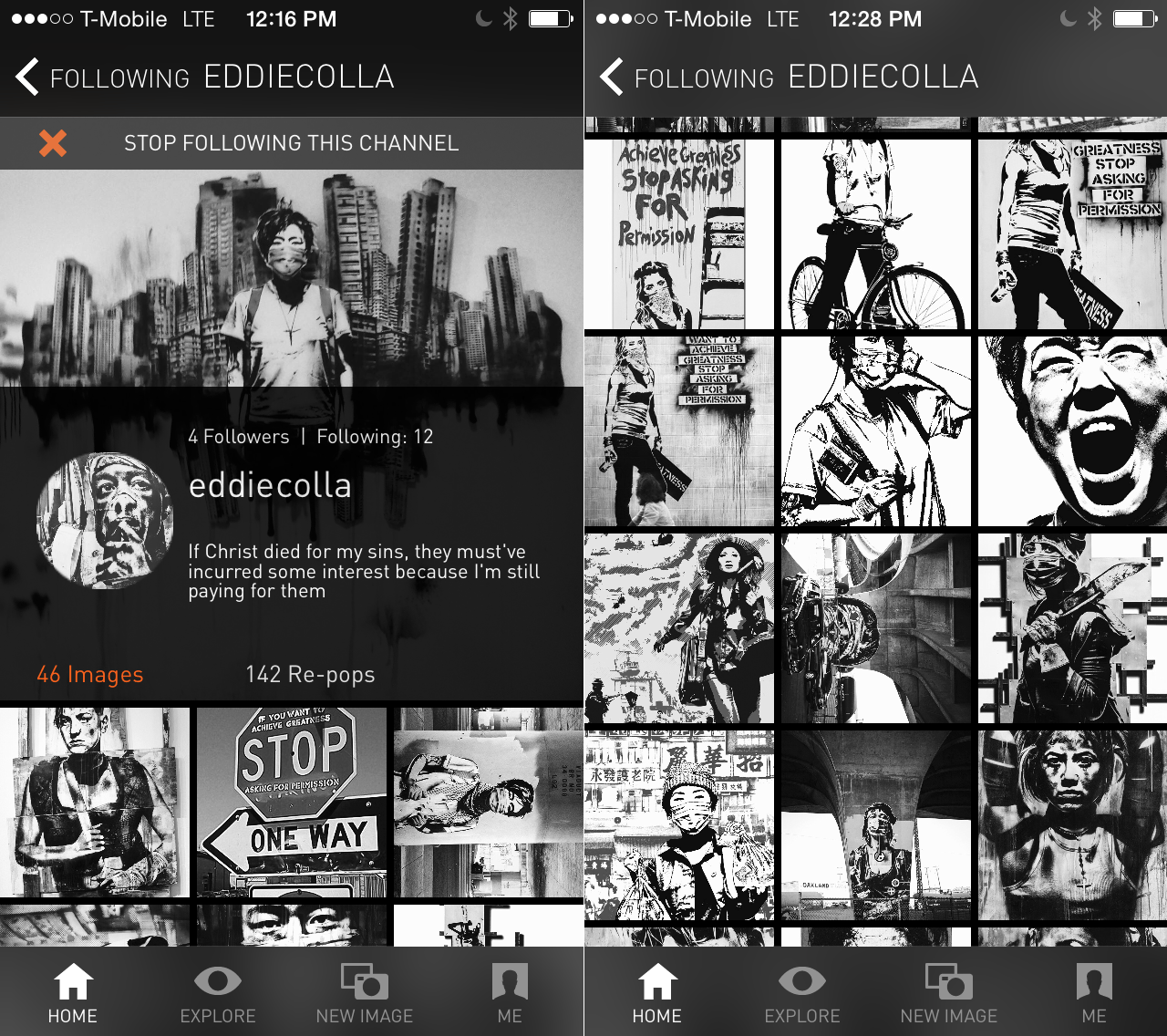 There are a handful of other companies working to make use of the real estate on the back of your device. Crowdfunded Yota Phone is an Android device with an e-ink back, similar to PopSlate.

PopSlate is rolling out now for $129, but only if you have an iPhone 6 (the iPhone 6 Plus is not yet supported). Happily, we can likely expect to see more e-ink cases for devices in the future. They might not be cheap, but it’s certainly a clever way to make your smartphone an even more indispensable info hub.