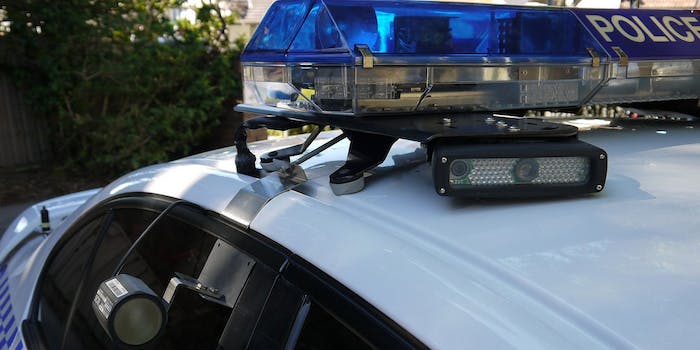 Watching you watch us.

A new petition on Change.org is calling for all uniformed police officers to wear uniforms embedded with a camera. The fledgling petition—it only had 12 signatures at the time of writing—was inspired by the events unfolding in Ferguson, Mo. following the death of Michael Brown, an unarmed 18-year-old shot to death by a local police officer. After some looting and arson broke out on the night following Brown’s death, Ferguson residents demonstrated peacefully and were met with what many viewed as an excessive, militarized police presence in the days to follow.

Brown’s death is currently under investigation by the FBI, and neither local nor federal law enforcement have released the name of the officer who shot Brown. From the petition:

Uniform cameras not only assist and protect honest officers from unfounded allegations, but the unbiased, real time accountability they produce provides a tempering effect on potentially abusive behaviors.

There is no reason any honest, law abiding police officer should oppose uniform cameras, yet police unions continue to do so. We request that the Department of Justice issue guidelines that mandate- in no uncertain terms- every police department in the United States that sends armed officers into our communities be fully accountable via the modern technology of wearable, tamper-proof body cameras. It is time to reconcille police accountability in the context of 21st Century technological capacities.