One of the most frustrating aspects of Pokémon Go is how quickly the app drains your battery. Now, adding to this list of ways to save your battery life, you can also order a Pokéball battery pack.

The battery pack, created by Etsy user Magicalsuperstore, is 5300mAh and 2.1 amps so it can fully charge and revive your phone two to three times. The battery has built in LED indicators—blue for phone charging, red for battery charging—and comes with a universal micro USB to recharge the battery.

“I made one after Pokémon Go kept draining my battery and I wanted a cool way to keep my phone charged,” the creator wrote on Etsy. “I love that people immediately know that I’m playing the game too.”

The Pokéball is handmade in San Francisco. Plus, the battery pack has a clasp attached to it so you can put it on your belt loop or backpack, much like how an actual Pokéball would if they actually existed. 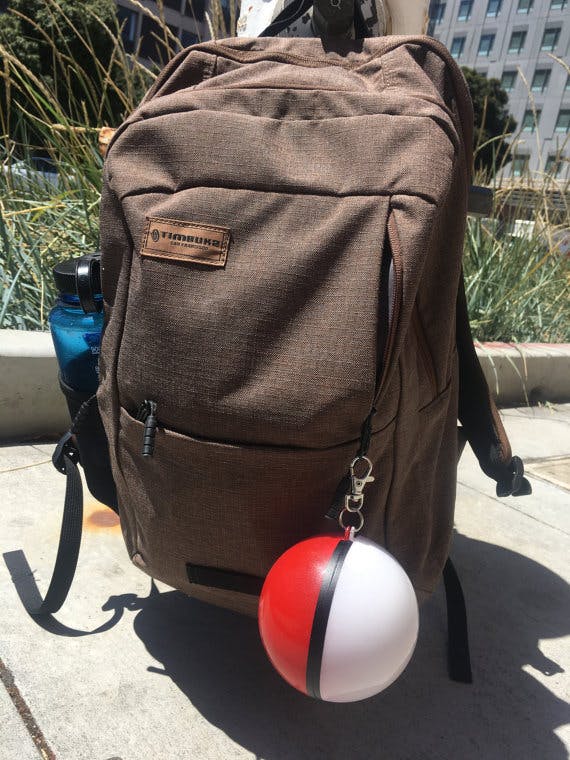 So far, the reviews have been positive.

This #Pokémon battery in the shape of a Pokéball is freaking fantastic! https://t.co/STPHDybJLE #PokemonGO

The battery is not affiliated with Nintendo or Pokémon, so potential buyers might want to place an order soon in case one of the corporations shuts down the sales.

You can order the battery pack for $40 here.