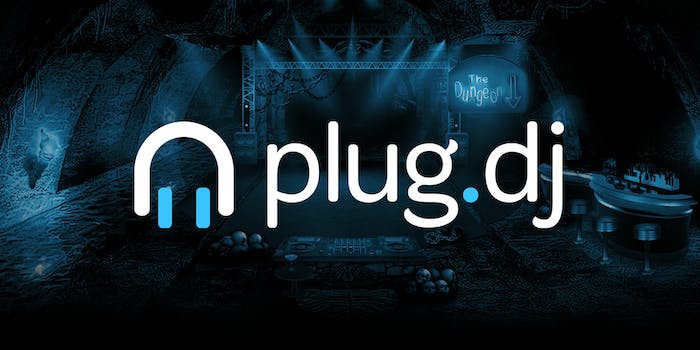 The heir to Turntable.fm is shutting its doors

Going the way of its predecessor Turntable.fm, streaming website plug.dj is set to shut it doors in the next few days.

The startup failed to crowdfund its server costs by Sep. 28, only reaching 72% of its required goal—a unknown, unspecified amount. The company’s staff recently moved back to working from their homes and the organization shut down its office spaces to conserve spending.

Plug.dj first made its debut into the technology and entertainment industries in Feb. 2012. The company sought to right the wrongs of its competitor Turntable.fm—which died due to licensing issues shortly after Plug.dj’s launch. The common ground between the two was the ability to create playlists from YouTube and Soundcloud uploads to share with friends in a live chat room setting.

In Dec. 2013, Plug.dj received $1.25 million dollars in investment by Javelin Venture Partners. Users suggest that the site slowly lost its “indie” feel as it moved to a more subscription-based platform.

But now, as Plug.dj looks to close shop, the site’s users mourn its loss. Many chat rooms on the site are playing downbeat music and sonic “goodbyes” as they witness yet another streaming music service fail to make it work.