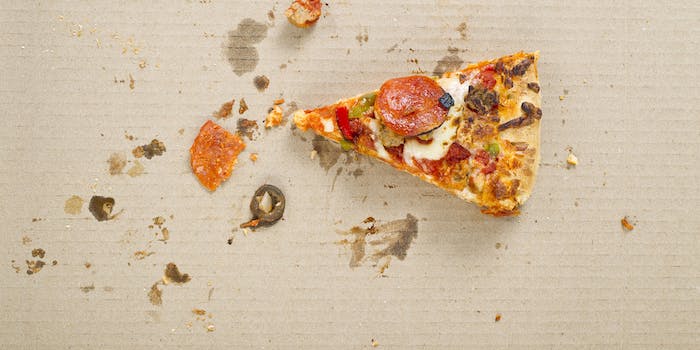 Restaurant targeted by Pizzagate needs your help to recover losses

An unsubstantiated internet rumor is having real-life consequences.

The Washington, D.C., pizza restaurant at the center of an unsubstantiated internet theory wants your help keeping unhinged believers from ruining its business.

Comet Ping Pong pizza restaurant is attempting to raise $28,000 in a GoFundMe campaign after enduring weeks of harassment from believers in the unfounded Pizzagate theory that claims the restaurant is the center of a child sex-trafficking ring orchestrated by the Clinton Foundation and members of the Democratic Party elite.

The owners of Comet Ping Pong are requesting the funds to help cover lost wages for staff affected by disruptions caused by Pizzagate, costs associated with security upgrades and paying security personnel, and the costs of repairing damages.

“Many friends, including those who live in other places, have asked how they can support us and our staff—besides drinking and eating pizza with us!” the campaign’s description reads. “And as a result of recent stories and events, we realize we could use support.  We have been hit with immediate expenses that do not fit into our usual small restaurant model.”

The campaign has so far raised some $6,500, as of publication.

Protesters have staked out Comet Ping Pong for weeks, but the problem escalated to criminality on Sunday when 28-year-old Edgar M. Welch of North Carolina entered the restaurant with an assault-style AR-15 rifle and other firearms and fired the weapon. Welch told police he was “self-investigating” Pizzagate and wanted to ensure the establishment wasn’t harboring child sex slaves.

Pizzagate is, to be clear, supported by no known factual evidence; no law enforcement agency has revealed any investigations; and no victims have come forward.

Beyond Comet Ping Pong, Pizzagate believers have targeted other nearby restaurants. And this week, the speculation spread to New York City’s Roberta’s, a Brooklyn pizza place.

Pizzagate believers on Voat, a Reddit-like forum, singled out the restaurant because former Secretary of State Hillary Clinton—who speculators believe is implicated by their findings—and her husband, former President Bill Clinton, attended a private birthday party for a Democratic donor at Roberta’s in 2012, according to emails released by the State Department. The Pizzagate evangelists also found the restaurant’s logo suspicious.

So far, Roberta’s has reportedly not received the level of harassment endured by Comet Ping Pong.