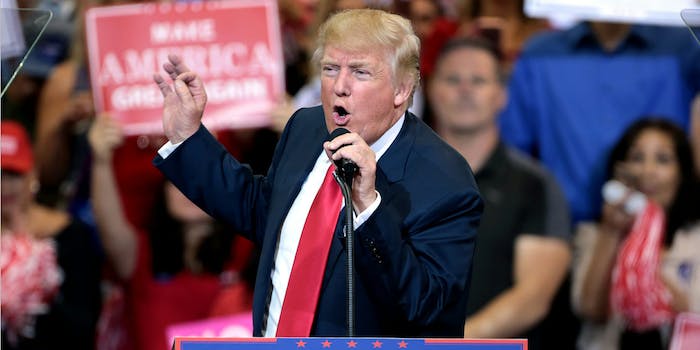 The mayor says a rally is inappropriate as the nation continues to heal.

The mayor of Phoenix, Arizona does not want President Donald Trump to hold a campaign rally in light of the violence that erupted in Charlottesville, Virginia over the weekend.

Trump encouraged people to attend the rally–which is scheduled to be held at the Phoenix Convention Center on Aug. 22–the day after he blamed “both sides” for the clashes between white nationalists and those who opposed them.

“I am disappointed that President Trump has chosen to hold a campaign rally as our nation is still healing from the tragic events in Charlottesville,” Mayor Greg Stanton said in a statement. “It is my hope that more sound judgment prevails and that he delays his visit.”

Phoenix mayor asks Pres. Trump to delay rally there next week "as our nation is still healing" after Charlottesville https://t.co/P6RfUSGexY pic.twitter.com/7XbMbjU05y

Stanton continued, saying that if Trump uses the rally as a platform to pardon former Sheriff Joe Arpaio, who was found guilty of disobeying a court order to stop traffic patrols targeting undocumented immigrants, it would “be clear” that it is Trump’s “true intent to enflame emotions and further divide our nation.”

A counter rally has been scheduled by Rep. Raul Grijalva (D-Ariz.) outside of the convention center, ABC News reported.

A senior campaign adviser told the news organization that there was “no chance” Trump will postpone the rally.

Trump has been criticized for comments he made following the violence in Charlottesville—specifically for casting blame on “both sides” for what occurred. During the unrest, a 32-year-old woman was killed when a man with suspected neo-Nazi ties slammed his car into a crowd of peaceful counterprotesters.