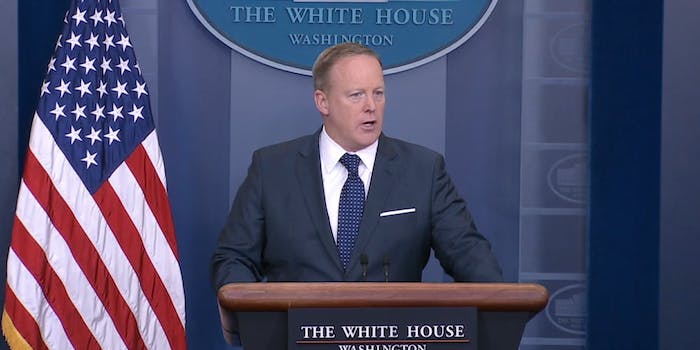 Do you know who is actually heading the investigation?

Most American adults don’t know who is leading the growing Department of Justice investigation into Russia‘s 2016 election meddling, according to a recent survey.

Fewer than half (47 percent) of those who responded in a quiz by Pew Research Center correctly identified former FBI Director Robert Mueller as the man leading the nation’s most closely watched investigation. Overall, 53 percent of quiz-takers either answered the question incorrectly (31 percent) or simply didn’t know the right answer (22 percent).

Mueller is currently leading a wide-ranging probe into whether members of President Donald Trump’s campaign were involved Russia’s efforts to undermine the American electoral process.

A jarring 10 percent of people thought Sean Spicer, the former White House press secretary who resigned this week, was in charge of examining possible connections between Trump’s campaign and Russia. Nineteen percent of those polled thought James Comey, whom Trump fired earlier this year, was still leading the investigation.

While a fair amount of people may not know who is in charge of the investigation, the issue has been hard to ignore.

In just the past week, Trump repeatedly criticized Attorney General Jeff Sessions, who recused himself from any Russian-related investigations, and reports revealed that Mueller is looking into Trump’s finances and money connections to Russia as part of the probe. As a result of the virtually non-stop developments in Russia-related news, the issue is a mainstay on cable news.