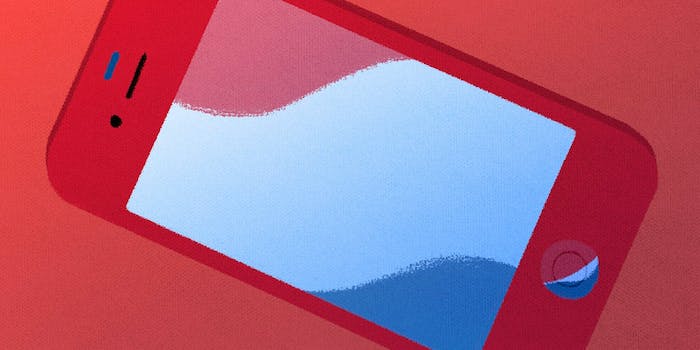 Is Pepsi developing a smartphone?

The already-crowded mobile market may be welcoming an unexpected challenger in the coming weeks. According to a report from Reuters, the next product PepsiCo slaps its label on won’t be a soda, but rather a mobile.

An initial report from MobiPicker suggested that Pepsi has been developing its very own mobile device. Pepsi initially denied the rumors, issuing a statement that it has “no plans to get into the mobile phone manufacturing business.”

"PepsiCo has no plans to get into the mobile phone manufacturing business, a spokesperson said on Monday."

As it turns out, Pepsi will simply be working with a licensing partner to market a line of mobile phones and accessories, a spokesperson for the company told Reuters.

The device, which will be available only in China, will be manufactured by another company. The licensing partner has not yet been revealed.

According to MobiPicker’s report on the specs of the rumored handset, which has been dubbed the Pepsi P1, it will run on Android 5.1 and feature a 5.5-inch 1080p display. Inside the device will be a 1.7 GHz processor, 2GB of RAM, and 16GB of internal memory.

It will also be equipped with a 13-megapixel rear-facing and a 5-megapixel front-facing camera, so you can take all kinds of high-quality selfies while drinking your favorite Pepsi products.

Pepsi’s decision not to directly get involved in the mobile market makes sense—especially for a company with no experience developing, manufacturing, and producing an intricate and powerful pocket-sized computer. After all, companies that used to dominate the space like BlackBerry and Microsoft are considering abandoning the mobile market and can’t get their phones in stores anymore.

In choosing to go the licensing route, Pepsi joins other brands like Kodak and Commodore in offering the legitimacy of its name to a device made by another manufacturer (though at least those brands have a history with tech as opposed to fizzy corn syrup).

By just lending its name to mobile devices and accessories, Pepsi opens itself up to an incredible amount of opportunities for brand synergy.

The color choices for the devices alone could tie in with soda flavors. A vibrant red for Pepsi Wild Cherry, an electric green for Mountain Dew. PepsiCo could even produce a completely see-through casing for a device and build it into a Pepsi Crystal reboot.

The Pepsi P1 will reportedly launch in Beijing on Oct. 20 with a price point of around $205.