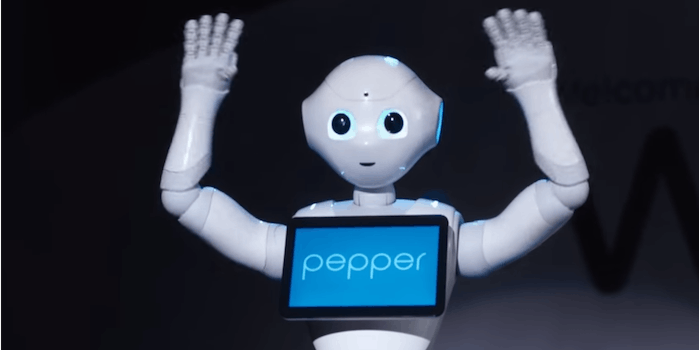 Pepper the robot set to appear before U.K. Parliament as witness

A robot named Pepper will appear as a witness for the first time in history, answering questions before the U.K. Parliament on Oct. 16. Pepper will be questioned as part of an inquiry from the Commons Education Select Committee into robots and artificial intelligence.

Manufactured by SoftBank Robotics, Pepper is a semi-humanoid robot that is capable of “recognising the principal human emotions and adapting his behaviour to the mood of his interlocutor,” according to SoftBank’s website. It will be brought by representatives from Middlesex University to appear as one of several witnesses to be questioned by members of Parliament (MPs).

The rise of automation has sparked a rise in concerns over job losses, committee chair Robert Halfon told Tes.com. This concern is the reason for the inquiry, though the nature of the questioning is still uncertain. Halfon couldn’t say whether Pepper would be pre-programmed to answer questions in a particular way, but the committee is looking forward to better understanding where robotics is going, and what potential it offers.

Halfton believes that Pepper’s appearance before MPs will allow committee members to better understand the overall inquiry into AI and the future of robotics.

“The fourth industrial revolution is possibly the most important challenge facing our nation over the next 10, 20 to 30 years,” he told Tes.com. “This is not about someone bringing an electronic toy robot and doing a demonstration, it’s about showing the potential of robotics and artificial intelligence and the impact it has on skills.”

Pepper was originally designed with the intent to assist with the care of older people, according to BBC. Other witnesses, as reported by Digit, include “Brian Holliday, MD at Siemens Digital Factory; Joysy John, director of education at Nesta; and Joana Miranda, robotics student, Middlesex University.”