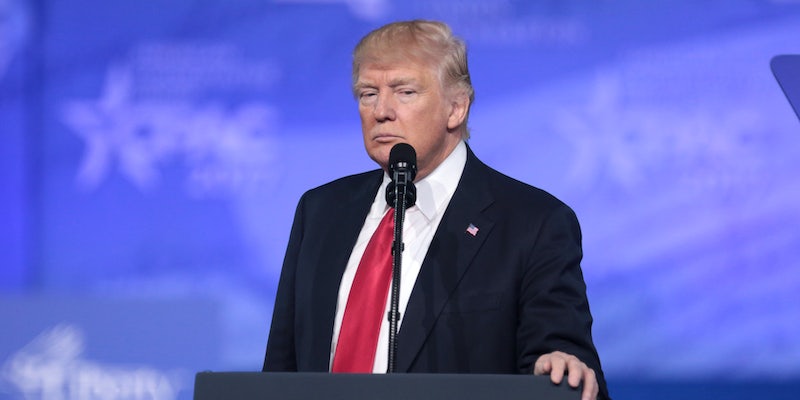 It turns out that a midwestern spice retailer is leading the Resistance as the number one buyer of impeachment Facebook ads in its push to see President Donald Trump kicked out of the White House.

In a study examining Facebook data on impeachment ads for and against the president, the results of which were published on Wednesday, the Wisconsin-based Penzeys Spices tallied in second on overall impeachment ad spending—behind only the president himself who spent $718,000 defending his name.

Maybe I've been out of the loop and completely missed this but the second-biggest advertiser for impeachment ads on Facebook has been a spice company? pic.twitter.com/MwWw03hUz0

The dates in focus follow the publishing of the administration’s release of a memorandum outlining the phone call at the center of the ongoing controversy that led Democrats to call for an impeachment inquiry.

In response to that memo, an outraged Bill Penzey, CEO to the country’s biggest spice supplier, penned a 1,500-word tirade calling for impeachment and pushed it as an ad.

Because somebody needs to say this:It’s the end of the Republican Party as we know it—And we should all feel fine…

“This week the curtain was finally pulled back on how deeply un-American the Republican Party has become,” it read. “This week made clear the Republican Party’s been hijacked by the one-two combo of unlimited political spending and foreign forces seeking to end the very concept of government of, by and for the people. From just the White House-released summary, the Ukraine scandal is a mandatory open and shut case for the impeachment.”

Penzeys has been a long time and vocal opponent of Trump, using his corporate platform and position to push his perspective whenever possible.

In the past, Penzeys has used a customer email list to blast the “open embrace of racism by the Republican Party” and has written politically motivated open letters to others CEOs. All-in-all, the company has spent more than $2 million on anti-Trump Facebook ad content since 2018.

If that’s not enough, even Penzeys’ products are primed to carry a political punch. The company’s Tsardust Memories spice mix, for example, was inspired by claims of the 2016 Trump campaign’s collusion with Russia during the 2016 presidential election.