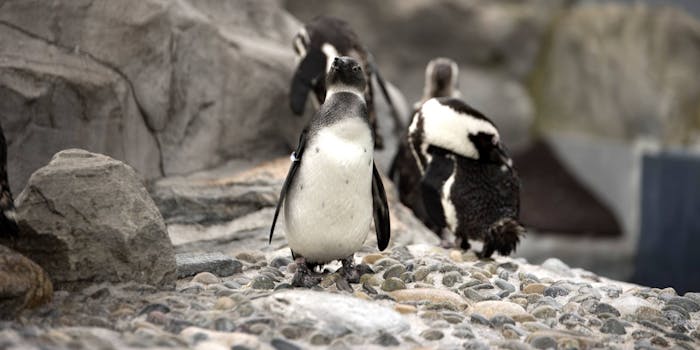 Purps the penguin no longer limps, thanks to a group of middle school students and a 3D-printed boot.

Yellow/Purple, the penguin better known as Purps, is a member of the endangered African penguin colony at Mystic Aquarium in Mystic, Connecticut. Purps suffered an injury in a fight with another penguin, resulting in a nonfunctional flexor tendon in her ankle. The injury caused a significant limp.

Vets at the aquarium initially made a boot from moldable plastic, but the plastic was cumbersome and inconvenient. So Mystic Aquarium reached out to Mystic Middle School to see if it could use the school’s 3D printer to come up with something more creative.

The aquarium provided students with a cast of the penguin’s foot, and they used a 3D scanner to model and create a new mold of the foot to work with. Students designed and created the new boot almost entirely on their own, according to a blog post from 3D Systems.

It’s not the first time 3D Systems technology has provided solutions for disabled or injured animals. 3D-printed prosthetics helped Derby the husky run for the first time, and the tech helped a toucan named Grecia receive a new beak.