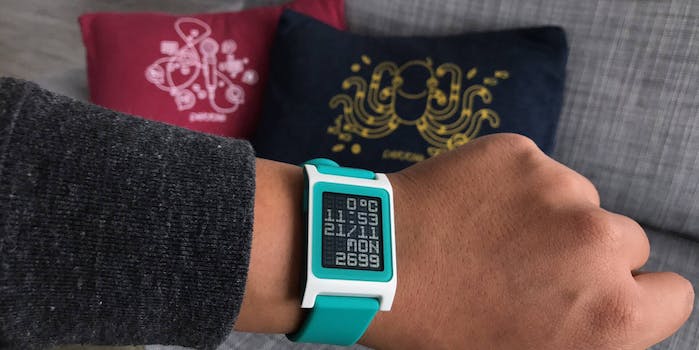 Pebble goes out of business as software, staff head to Fitbit

Pebble will shutter its doors.

Pebble is going out of business, with rival smartwatch company Fitbit acquiring its software assets last month. Pebble’s hardware is not included in the acquisition, and the company says that while its products will continue to be supported by Fitbit, they will most likely lose some functionality in the future.

The move was announced Wednesday morning via the following statement on its website.

You helped start something fantastic when you backed our first Kickstarter project (and shout-out to the first inPulse users).

Since then, we’ve shipped over 2 million Pebbles around the world!

However—due to various factors—Pebble is no longer able to operate as an independent entity. We have made the tough decision to shut down the company and no longer manufacture Pebble devices. This news has several major implications, and we hope to answer as many questions as possible here, in Kickstarter Update #17, and on our Support site.

Pebble’s CEO Eric Migicovsky added that many of Pebble’s staff will join Fitbit. For its part, Fitbit CEO and Co-Founder James Park has this to add in his company’s release about the acquisition.

With basic wearables getting smarter and smartwatches adding health and fitness capabilities, we see an opportunity to build on our strengths and extend our leadership position in the wearables category. With this acquisition, we’re well positioned to accelerate the expansion of our platform and ecosystem to make Fitbit a vital part of daily life for a wider set of consumers, as well as build the tools healthcare providers, insurers and employers need to more meaningfully integrate wearable technology into preventative and chronic care.

People who funded the Pebble Time 2 or Pebble Core Kickstarters will have their orders refunded in full in the next four-to-eight weeks, with no action needed on the part of buyers. Pebble will be answering questions from fans on its Support Site.