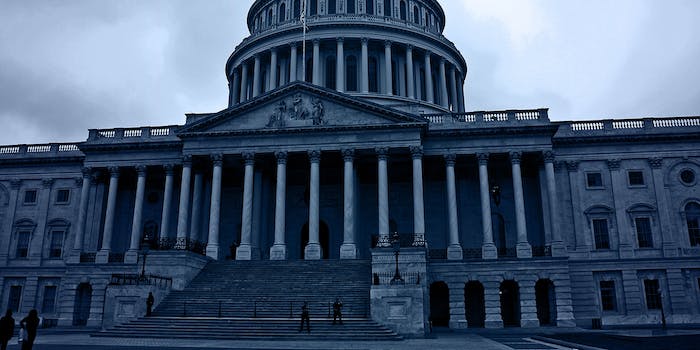 Pandora cranks up its influence in Washington with new PAC

If you can't beat 'em, throw money at politicians.

Online music streaming service Pandora, tired of waiting around for Congress to resolve intellectual property issues by its lonesome, has created its own political action committee (PAC).

“Pandora is taking the logical and timely step of creating a political action committee to further our representation in D.C.” Dave Grimaldi, Pandora PAC‘s Director of Public Affairs, said in a statement.

Grimaldi declined to comment on the record about what politicians Pandora would support or issues it wanted to influence. But it’s not hard to imagine why it would want greater political influence. The 14-year-old company, which first turned a profit last year, recently fought a major licensing dispute with the American Society of Composers, Authors and Publishers (ASCAP), a lobbyist organization and collection agency for songwriters—a track the company doesn’t want set to repeat.

In March, courts found that ASCAP had illegally colluded with music companies to bilk Pandora out of more money than they’d previously agreed to pay to license songs. ASCAP was bowed but not broken, promising to continue fighting Pandora for a larger share of fees. When the House Judiciary Committee held a hearing on online music licensing two months later, both Pandora and ASCAP spoke directly to Committee Chairman Bob Goodlatte (R-Va.).

In addition to Grimaldi, Pandora PAC has hired Katie Peters, a former lobbyist for Motorola Mobility, the Hill has reported.