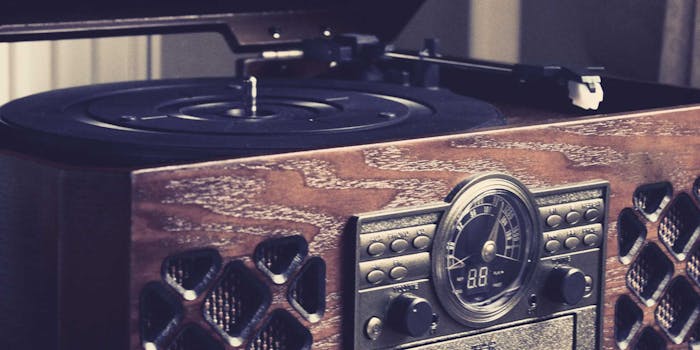 Money can’t buy love, as the Beatles sang, but most people still want it. That includes several of the world’s biggest record labels, which believe that the online music streaming service Pandora owes them a hefty chunk of change for streaming Beatles songs and tunes from before 1972.

The Recording Industry Association of America (RIAA)—on behalf of the “big three” record labels, Warner, UMG, and Sony, as well as Capitol Records and ABKCO—filed a lawsuit against Pandora in New York state court on Thursday.

The RIAA said Pandora does not pay proper royalties for songs recorded before 1972. In what the trade group described as a “quirk of history,” federal copyright laws do not cover sound recordings from before Feb. 15, 1972.

The legal footing for the RIAA’s suit is based on state law, as most states have enacted some form of protection on recordings before 1972.

Pandora’s conduct, according to the complaint, is “unfair to the recording artists and musicians whose performances are embodied” in the recordings, as well as “other businesses that compete with Pandora but obtain licenses and pay for the right to stream” those same songs.

“Pandora is confident in its legal position and looks forward to a quick resolution of this matter,” the company said in an emailed statement.

The court document filed contains 35 pages, listing more than 1,400 of these pre-1972 songs that Pandora streams. The band that appears most frequently is the Beatles, with 59 songs. Eleven of Buddy Holly’s songs also appear on the list.

“Rock and Roll pioneers like my husband have made substantial cultural contributions and their profound influences can even be heard in today’s contemporary music,” Maria Elena Holly, widow of Buddy Holly, said in statement released through the RIAA. “These companies’ failure to pay the Rock and Roll pioneers is an injustice and it needs to change.”

The suit against Pandora, similar to one filed against SiriusXM last year, seeks damages for the Internet radio company’s use of pre-1972 recordings between 2007 and 2012. In the SiriusXM case, SoundExchange sought $100 million in damages.

The RIAA has been particularly active of late. The group filed another copyright lawsuit last week on behalf of several of these same record labels against defunct file-sharing site Megaupload and its founder, Kim Dotcom.

The full legal document filed against Pandora is copied below. The last 35 pages show all the songs in question.

Correction: A previous headline stated that the RIAA’s lawsuit against Pandora sought $100 million in damages. The amount of the damages sought in this case is not yet publicly known, though some experts estimate the streams are worth around $60 million.