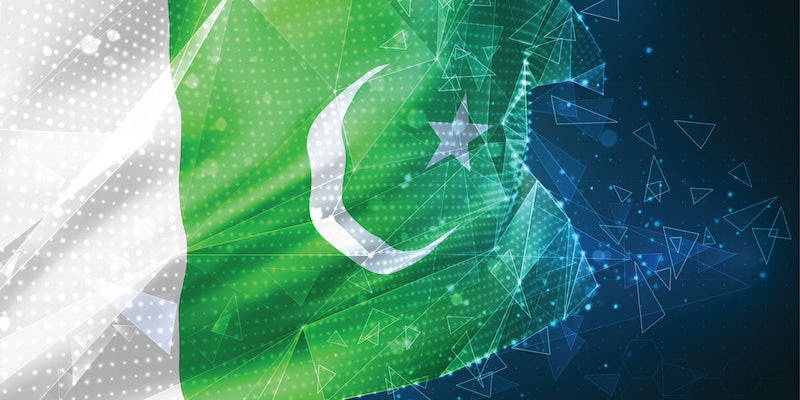 ‘The internet is not safe for us’: Atheists are afraid online as Pakistan violently cracks down on digital blasphemy

Even speaking anonymously can feel unsafe.

Noor Khan Baloch* is a digital rights activist and professional from Quetta, the capital of Pakistan’s volatile Balochistan province. As a Pashtun-Baloch woman, Noor personifies the intersection of many identities that are marginalized in the country, and she has actively sought to address the multipronged power imbalances in the digital sphere. However, there’s a major part of her identity that she can neither strive to safeguard, nor unveil: atheism.

“As an atheist I fear that if I post something on Islam, someone will lodge a police complaint, or I’ll become the target of a mob,” Noor said to the Daily Dot. “I’ve stopped expressing my own views online because even condemnation of killings over blasphemy, or criticizing the law, can be fatal.”

Pakistan is one of 32 Muslim-majority countries with harsh penalties for blasphemy, apostasy, or atheism, and one of 12 that punishes these “crimes” with death. As a result, Pakistani atheists, agnostics, and other dissenters of Islam are fast losing their safe spaces online, which they had built to dodge the institutionalized threats engulfing them.

After its independence in 1947, Pakistan adopted blasphemy laws from the Indian penal code. While the original law upholds minor penalties for blasphemy and remains equally applicable to all religions in India, the Pakistan Penal Code saw Islam-specific clauses being inserted in the 1980s that mandate death for blasphemy against Islam alone.

After the Pakistan Electronic Crimes Act (PECA) in 2016 coopted the draconian clauses of the Pakistan Penal Code, blaspheming online became a capital crime. In 2017, immediately after passing PECA, Pakistan issued its first death sentence for digital blasphemy. The same year, the state launched a crackdown on online dissent and atheism, urging the masses to ‘report blasphemers,’ going so far as to abduct and torture activists and bloggers for dissent against the military establishment and Islamic hegemony. Since Islamic hegemony helps the state, especially the all-powerful military and radical Islamist groups, maintain its autocratic control, it has been in the rulers’ interest to silence all forms of dissent.

The arrests for blasphemy have escalated over the past five years, and so has mob violence. The lynching of Mashal Khan by fellow students in 2017 and the death sentence issued for university lecturer Junaid Hafeez in 2019 have silenced debate on religion and atheism in educational institutions, including in digital spheres where much of the academic activity has been carried out due to COVID-19. Where the pandemic has made digital organizing essential, the online adoption of Pakistan’s murderous blasphemy laws made social media and the internet a perilous place for local atheists.

The lynching in December of Sri Lankan citizen Priyantha Kumara, over allegations that he had torn a poster that had Islamic prayers written on them, was a gory reminder of how Pakistan’s blasphemy law continues to encourage Islamist mob violence. While certain members of such mobs are arrested, and the government pays lip service to calls against citizens taking the law in their own hands, the state categorically refuses to address the blasphemy law itself, since it is a potent Islamist tool to help maintain the state’s autocratic hegemony.

The death sentence to a woman over “WhatsApp activity” in January again illustrated to Pakistani atheists that any perceived dissent against Islam, anywhere online, could result in them being noosed by courts, if not torched by radical Muslims. The woman, like the lynched student Mashal Khan and the incarcerated professor Junaid Hafeez, has been accused of sharing online content that mocks Islam.

“I was left in fear and hopelessness when I read about the woman being given the death penalty over WhatsApp. This madness will never stop. The internet is not safe for people like us,” Noor Baloch said.

Like Noor, many of her fellow Pakistani atheists have seen the internet evolve from a free space to express contrasting ideas, to occupied territory. In 2010, the prominent Facebook group Pakistani Atheists and Agnostics (PAA) became the first home to many Pakistani atheists who were able to build a community online that was both an outlet for ideas and a source of the long-craved expression of identity. The spaces on PAA, and other similar online groups, often provided the platform for the first interactions for many atheists with fellow freethinkers. And it gradually transformed into real-world communities and circles.

A frequent host of these gatherings in Punjab’s capital Lahore, who uses the anonymous Twitter handle @ex_muslim, says the online clampdown on blasphemy also put a halt on organized atheist events.

“We have toned down the atheist get-togethers because there were people in there reporting to the state authorities. I’m not even sure if my anonymous profile is safe. The state has total access,” he told the Daily Dot.

It has been documented that Pakistan Telecommunication Authority (PTA) and the Federal Investigation Agency have access to groups and pages, even summoning administrators during the state’s crackdown on blasphemy. As a result, major atheist groups such as PAA swiftly vanished amid an exodus of atheist profiles. Meanwhile, social media giants like Facebook and Twitter now flag anything blasphemous as ‘violating the law’ in countries like Pakistan, in effect upholding the country’s gory law.

Billi Musashi is from Pakistan’s largest city Karachi. She is also another of many Pakistani agnostics and atheists to have restricted even their anonymous online activity, saying that while dissenting against Islam online was never “easy, the backlash was initially limited to online attacks or isolated cases. Now things have radically changed.

“Now, anything goes. It is planned properly, with the intent to bring that person down. If that person is arrested, great! If killed, even better!” she said, adding that she doesn’t trust anyone when it comes to expressing her honest opinions on Islam.

“If I do have such a conversation, then it is with extremely close trusted friends on a personal level. Not going to lie, there may be just one or two of those.”

Billi believes the state has actively put a bulls-eye on those dissenting against Islam with the state machinery dedicated to upholding radical Islamic hegemony, in turn suppressing free speech.

“Knowing that the state won’t take any interest to protect their citizens if the word blasphemy is used, discussions have certainly been stifled—even simple innocent queries,” she maintains.

While Pakistan’s Islamist codes have been used to target the many persecuted minorities in the country, and even members of the Muslim majority, the blasphemy laws have resulted in actual erasure of the atheist identity, as they can face death for coming out as apostates of Islam. Atheists remain an unprotected, and unacknowledged, minority in the country.

Nonetheless, queries challenging Islam are popping up nationwide, even if the platforms to post them are being actively monitored and extinguished. While the internet has become a dangerous place for atheists in Pakistan as an outlet for their ideas, those ideas are still present and continue to be accessed in the country.

Naeem Akhtar* an agnostic atheist from Haveli Lakha, a small town near the Indian border, says he personally knows at least four cases of locals who have borne personal losses while standing up for free thought and refusing to bow down to Islamic orthodoxy.

“One of them is a government officer, who was issued many threats and was abandoned by his family. There is a growing number of those questioning Islam in my village,” he told the Daily Dot. Naeem was a member of PAA, which was later joined by his younger sister as well after she began rejecting Islamic mandates.

Families disowning outspoken atheists is a frequent occurrence all over the country, with many even reporting their relatives for blasphemy. Many dissenters are also forced to flee after being labeled heretics by local Islamic clerics endangering their lives in their own hometowns. Others have lost their jobs if they have appeared to challenge Islamic tenets. And now the internet, for long the refuge for free thinkers, has become a dangerous place for them as well.

“The young free thinkers from my village have access to all kinds of ideas, but no longer have platforms [such as PAA] or other online spaces where they can express themselves. Twenty-five years ago, before the advent of the internet, I could freely question Islam, even the existence of heaven and hell, in school, but today it has become impossible to ask those questions,” adds Naeem.

Many believe that given how the internet is exposing those in the country to ideas contrary to those enforced by the state, there are innumerable atheists and agnostics in Pakistan. While they aren’t officially counted, have their identities outlawed, and face death for speaking their mind, Pakistani atheists believe that their free-thinking kin will hopefully have their day.

But despite the possibility provided by the internet, its takeover by Pakistan’s autocratic rulers means that day is far away.

*Names have been changed to protect the identities of those interviewed