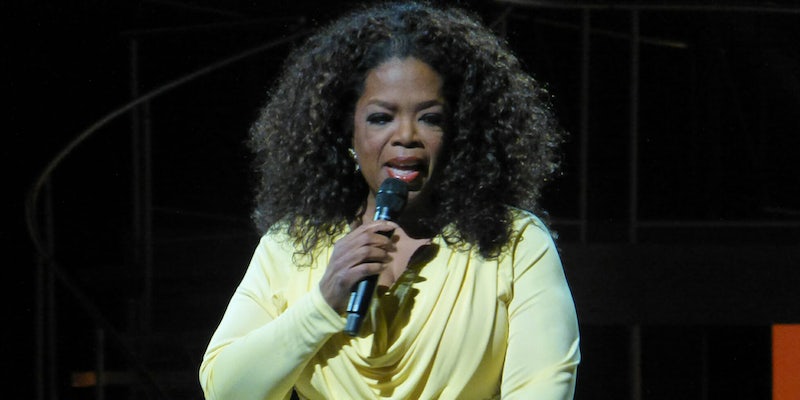 Oprah says 2020 run is ‘not something that interests me’

The speculation can finally end.

Will this finally be the end of speculative “Oprah 2020” think pieces?

After rampant speculation about Oprah Winfrey considering running against President Donald Trump in the 2020 election following her acceptance speech for the Cecil B. DeMille award at the Golden Globes earlier this month, it appears she is finally putting it all to rest.

Speaking with InStyle magazine, Winfrey said a 2020 presidential run wasn’t “something that interests me,” but did concede that an “Oprah 2020” mug she saw was “cute.”

“I’ve always felt very secure and confident with myself in knowing what I could do and what I could not,” she said. “And so it’s not something that interests me. I don’t have the DNA for it.”

Winfrey said “someone” did approach her recently about helping her begin a campaign for president, but shot the notion down.

“That’s not for me,” she told the magazine.

To be fair, Winfrey has had a bit of an will-she-won’t-she relationship with running for president for months. Last June she told the Hollywood Reporter that she would “never run” for public office, but then a few months later she retweeted a column that argued she would be the Democrats “best chance” to beat Trump in 2020 and added: “Thanks for your VOTE of confidence!”

You can read all of InStyle‘s interview with Winfrey here.