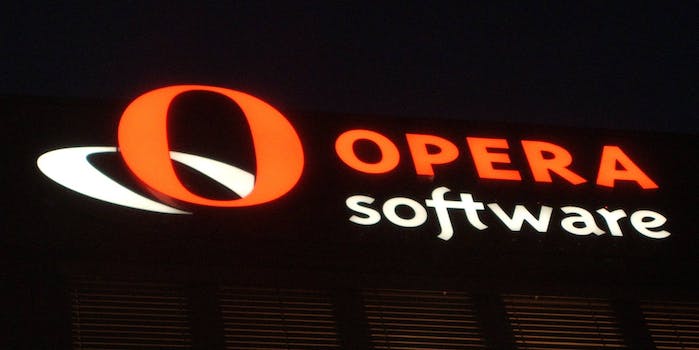 It ain't over 'til Opera chimes in.

Earlier this week, Microsoft crowned its Edge browser king of the battery-friendly web browsers. Opera, one of the browsers slighted by Microsoft’s testing, is now challenging the company’s claims.

In a blog post, Opera director of software development B?a?ej Ka?mierczak took aim at the computing giant, stating that when Opera ran its own testing in May, it didn’t even bother to run against Edge. But since Microsoft invoked Opera in its test, the company took it as a challenge.

“Like most other engineering teams, we love it when someone picks a fight,” he wrote. “If we get beaten in a test like this, we consider it a bug.”

Opera was unable to completely replicate Microsoft’s test as the company didn’t reveal its methodologies in full, but took to testing out the browsers by creating an automated system that simulates browsing and interacting with a variety of popular websites.

Opera provided full disclosure of exactly how the test was run, providing its methodology for simulation and explaining that its experiment was run on a Lenovo Yoga 500 running Windows 10.

The results, not surprisingly, found the most current version of Opera (version 39) did better than Microsoft’s testing would suggest. Opera utilized its native ad blocker and power saver mode and was able to browse continuously for nearly four hours. Microsoft’s Edge topped out at three hours and 12 minutes—22 percent less than Opera—and Google Chrome lasted just two hours and 54 minutes. 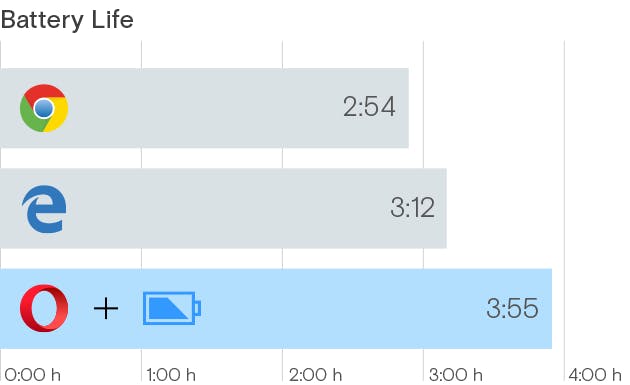 Where Microsoft did utilize a timer was to measure continuous video streaming in a variety of browsers. In that test, Edge outlasted Opera, Chrome, and Mozilla Firefox; Chrome tapped out first, while Opera finished just over an hour away from Edge’s time.

“Microsoft’s internal test shows watching video on Opera with built-in battery saver mode activated last longer than Chrome and Firefox,” a spokesperson for Opera explained to the Daily Dot. “If you need extensions, built-in adblocker, sync between your mobile (iOS, Android) and desktop devices, and care about your battery life, it proves that Opera is a good choice over others for your desktop browser.”

The time-lapse video was a curious choice for Microsoft to use, as just weeks prior to its video, Opera released its own video to show how much browsing time was added by its battery saver option.

Considering Microsoft’s decision to award itself the title of best browser for battery life and its cribbing of Opera’s own video style to illustrate Edge’s abilities, it’s no wonder Opera set aside some time to debunk Microsoft’s claims.

But when it comes to this type of information, it’s probably best to not just take a company’s word for it. Microsoft says Edge is the best. Opera believes it’s browser is better. If Google or Mozilla ran its own tests, odds are they would put their respective browsers on top. Defer to third-party tests and personal experience; you might be willing to sacrifice some battery life for a better overall browsing experience.