Other than his racist remarks, little is known about Zach Davis.

A deputy with the Clark County Sheriff’s Office in Ohio has reportedly been fired for a series of racist tweets.

According to WHIO-TV, Deputy Zach Davis was terminated after his superiors were alerted to several of his tweets referencing the protests and riots in Baltimore following the death of Freddie Gray.

“It’s time to start using deadly force in Baltimore,” Davis wrote in one tweet. “When they start slaying these ignorant young people it’ll send a message.” 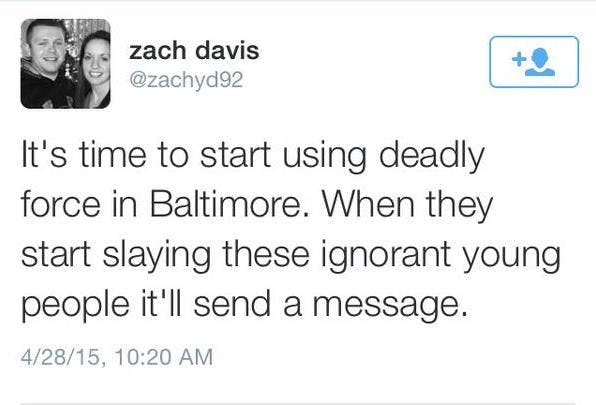 A portion of the email sent to the Clark County Sheriff’s Office, and other law enforcement agencies, was published by WHIO-TV: 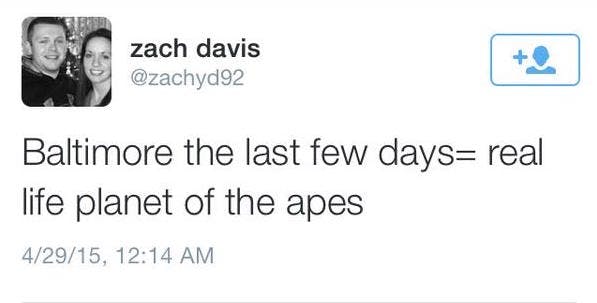 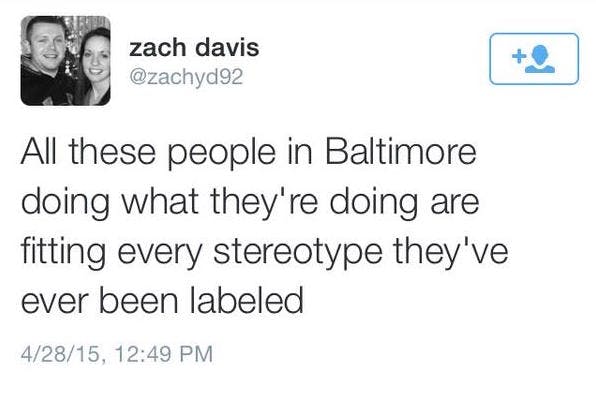 At present, little is known about Davis, other than what is inferred from the tweets above. In his bio he claims that he’s “just about that action boss,” and makes references to the Bible.

In addition to being the title of a famous hip-hop track, the saying has also been used by U.S. soldiers. Essentially, it means they’d rather shoot people and face a court martial than risk being shot themselves.