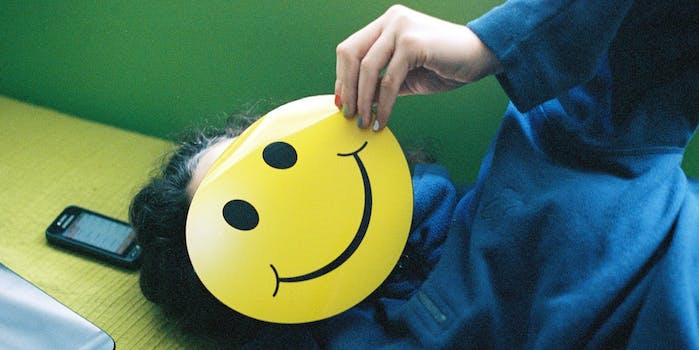 Skype removed some of its more ‘offensive’ emoticons

Unless you’re the type of person who’s appalled—appalled, I tell you!—by the image of an anthropomorphized pile of feces, you’re probably not likely to be offended by the majority of emoticons on the Internet. Yet the folks over at Microsoft have apparently gotten their panties in a twist over a handful of emoticons on Skype, which they’ve removed on the grounds that they had “the potential to offend some users.”

TechCrunch reports that Microsoft secretly removed a handful of emoticons more than a month ago. Among the removed images were Skype’s (wtf) emoticon, (fubar), (finger), or a smiley face flashing the middle finger, and (hollest), an image of a woman’s legs with high heels.

Gasp! Eyelash flutter! Pearl-clutch! Well, I never! Won’t someone be a dear and fetch my smelling salts? I’m feeling a bit faint.

Of course, unless you’re a delicate Southern belle or a member of an evangelical pastor’s secret basement family, you probably won’t be offended by these emoticons. But apparently, enough Skype users prompted their removal, which is why Microsoft has stepped in to provide more family-friendly replacements, such as a cat, a dog, a series of corporate-sponsored Captain America images, and some smiley face  named “Oliver,” who wears a fedora and glasses and looks like a well-educated pedophile.

Are Captain America, Nick Fury, and, of course, Oliver any less offensive than a cartoon image of a lady wearing stilettos? Probably not. That being said, it’s probably not going to significantly impact your online interactions if you have to use (talk to the hand) instead of (wtf) from now on, so this switch is probably not worth getting upset over. But if you strongly disagree, and want to voice your support for the reinstatement of (fubar) and other emoticon emeriti, there’s a small contingent of Skype users speaking out against their removal on a Microsoft support thread. You go on and fight for your right to use mildly expletive emoticons!