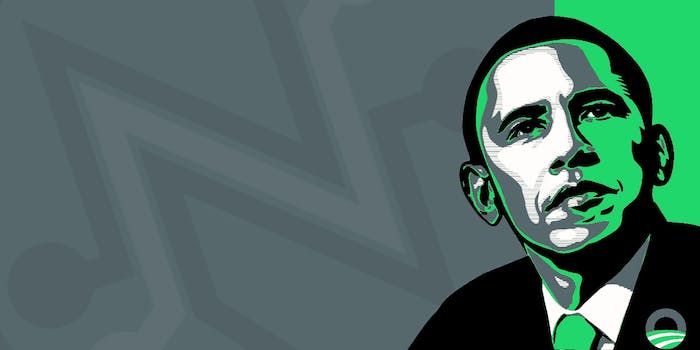 The strongest comments we've heard from the President in some time.

President Obama today said he is “unequivocally committed to net neutrality,” his strongest words on the subject after being critized as “tepid” in recent years.

It’s a welcome remark for most people who don’t want Internet providers to charge more to access certain sites at full speed, something the Federal Communications Commission (FCC) is debating and welcomed public comment on for much of the summer. For much of the fiery debate surrounding net neutrality, Obama has been criticized as being woefully silent on the issue, despite speaking out repeatedly about it as a candidate in 2007.

Earlier this year, observers called Obama “tepid” on net neutrality. That changed in August, when he came out in favor of an open Internet “so the next Facebook and Google can succeed.” Today’s comments, at a town hall in Silicon Beach, Los Angeles’s most startup-friendly neighborhood, harkened back to those earlier promises.

“I am unequivocally committed to net neutrality.” —President Obama at @CrossCampus: http://t.co/b4tqL3X2az pic.twitter.com/6xtQSPteRQ

Wheeler, whom Obama appointed, has recently been hosting roundtable discussions on net neutrality in the wake of looking at public comments on the subject.