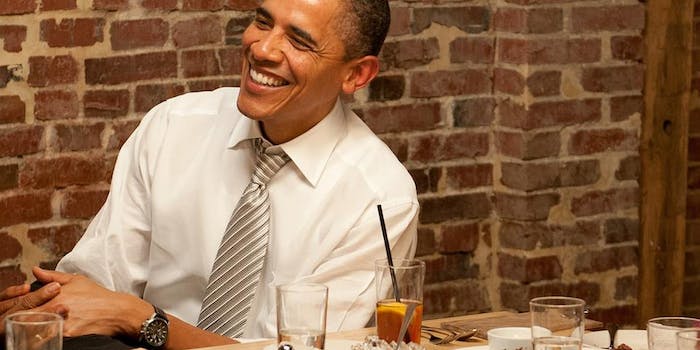 The president put out a call to arms against Romney, asking "Ready to help take him on?"

The day after Rick Santorum dropped out of the Republican primary, President Barack Obama’s reelection campaign has gone on the social-media offensive, sharing “Five things you need to know about Mitt Romney.”

His official Facebook page released the image, and it’s already been shared more than 11,000 times.

The points are broad: “He’d cut taxes for millionaires” and “would leave troops [in Afghanistan] indefinitely,” which, of course, has led to a spirited political debate in the comments.

“I was very young when The first Bush left office, so I grew up with Clinton as president, and enjoyed a very lovely, debt free United States until Bush took office and pissed it all away and got us into the debt we’re in now,” wrote Morgan Muir.

Others made up new things Romney would do if elected. “He’d take up two parkin spots with his car!” wrote Will Henry. “He’d make ice cream illegal!!!!” wrote Gil Donovan.

Romney, for his part, has mostly added pictures of himself with crowds lately, which haven’t been shared nearly as much. A slam on how women in America have fared under Obama, uploaded yesterday, has been shared 1,400 times. 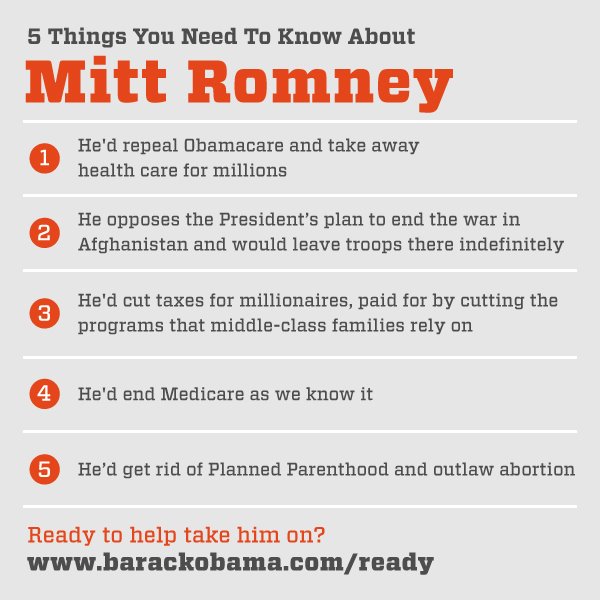