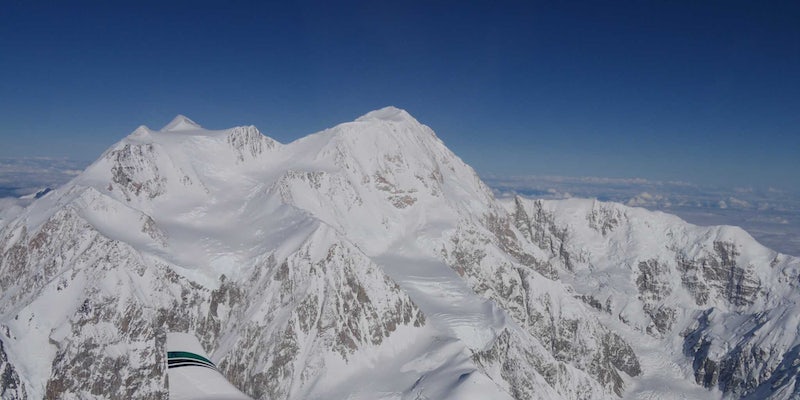 Next up: a cameo on 'Survivor'?

President Barack Obama will tape an episode of NBC‘s Running Wild with Bear Grylls in Alaska, the network has announced.

During the episode, Obama will observe the effects of climate change and then “trek through the wilderness,” according to a Monday press release from NBC.

Running Wild is a survival-technique show that often features celebrities, although NBC was quick to crow that Obama “will become the first U.S. president to receive a crash course in survival techniques from Bear Grylls.”

The president is set to travel to Alaska this week for a three-day trip that will make him the first sitting commander-in-chief to travel above the Arctic Circle. He plans to use the trip to highlight the effects of global warming on the Arctic ecosystem, a region where warming is more immediately visible and consequential than most inhabited places on Earth.

Obama’s trip also made headlines when the White House announced early Monday that he was renaming Mount McKinley, the tallest peak in the United States, to Denali, the name that Alaskan natives have called the mountain for thousands of years. Denali, which means “the high one,” is a focal point in the creation story of the Koyukon Athabascan natives.

The move is seen as a gesture of goodwill toward native populations in the U.S., but Republicans and lawmakers in President William McKinley’s home state of Ohio were quick to criticize the move.

“There is a reason President McKinley’s name has served atop the highest peak in North America for more than 100 years, and that is because it is a testament to his great legacy,” House Speaker John Boehner (R-Ohio) said in a statement.

Obama’s Running Wild cameo serves to highlight the theme of environmentalism and the need for humans to adapt to a changing climate. Visuals of melting glaciers and coastal cities being overtaken by rising seas will dominate the trip, according to the New York Times.