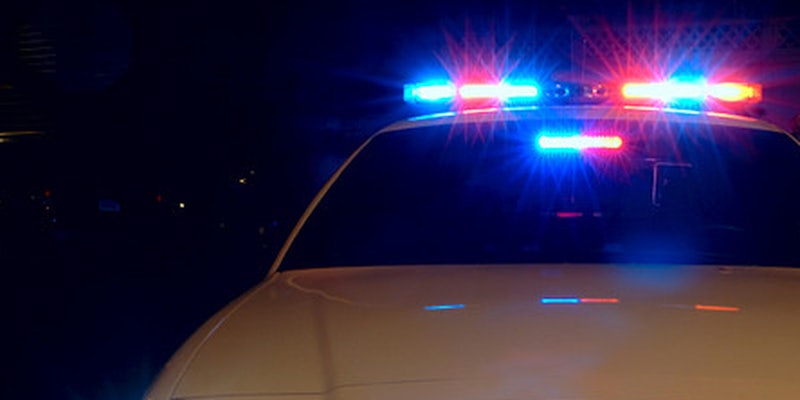 That sound you hear is my head spinning.

Shawn Musgrave of the news and government transparency website MuckRock was the journalist who asked for the documents, which detail the NYPD’s process for handling such requests. After an initial rebuff, he appealed the decision, “noting that the determination constituted a rejection for information on the very process of transparency within NYPD.”

Alas, this airtight logic was lost on New York’s finest, who replied in much the same language as before. The material, they insist, is “confidential,” and subject to attorney-client privilege, as it’s meant to “provide legal advice and counsel to other employees and members of the NYPD.” 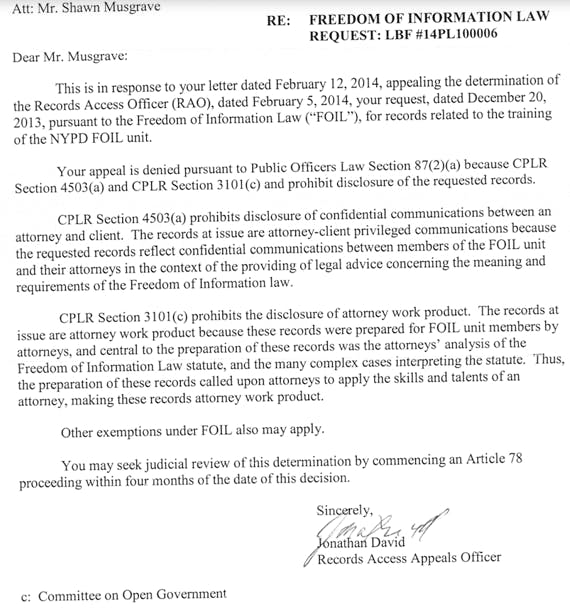 “Even the FBI and NSA have released similar documents with minimal redactions,” Musgrave told the Washington Free Beacon. But that’s par for the course with a department that, as New York Mayor Bill de Blasio pointed out before his election, ignores up to one-third of the FOIL filings it receives. And when the department is not actively withholding data explicitly covered by the transparency law, they’re making sure it’s borderline illegible.

When you’re more secretive and paranoid than the feds—especially about the rules by which citizens are allowed to access theoretically public records—it might be a sign that you need to reconsider your policies.