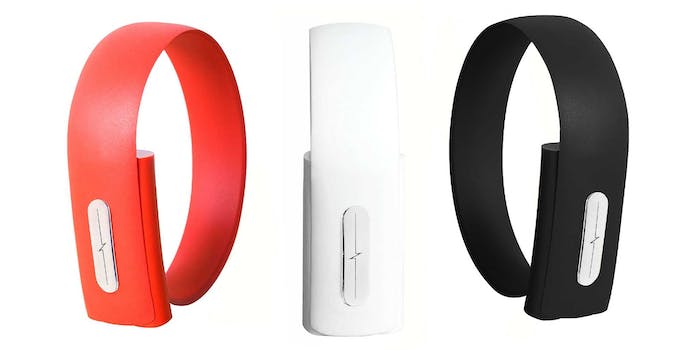 Is your heart beating? Great. You don't need your wallet.

MasterCard and TD Bank Group have launched a new initiative in Canada to let people pay for things with their heartbeat using the wearable Nymi Band. The pilot program will run through the summer and will include over 100 TD Bank Group members in Toronto, Regina, and Ottawa.

Testers will be given a prototype model of the Nymi Band—which uses the wearer’s heartbeat for authentication—that is equipped with near-field-communication (NFC) technology. Each user will link their MasterCard to their wearable band, letting them buy things at contactless terminals without pulling out their wallets.

Instead of using a standard password or even two-factor authentication, the Nymi Band’s heartbeat sensor reads the wearer’s electrocardiogram (ECG) to verify their identity. It is, in essence, constantly checking for biometric proof that the wearer is authorized to use the band.

This isn’t the first test run for Nymi. The company has been slowly rolling out test groups with various banks throughout Canada and the United Kingdom. With MasterCard as a partner, the band seems poised to become the next big thing in biometric authentication. Its primary competition is the fingerprint, which might not be as secure as we once thought.

Nymi’s long-term goal seems to be integrating into everything. The company created an introductory video in 2013 suggesting some potential uses for the band, including unlocking car doors, automatically entering passwords on computers and mobile devices, and replacing hotel key cards.