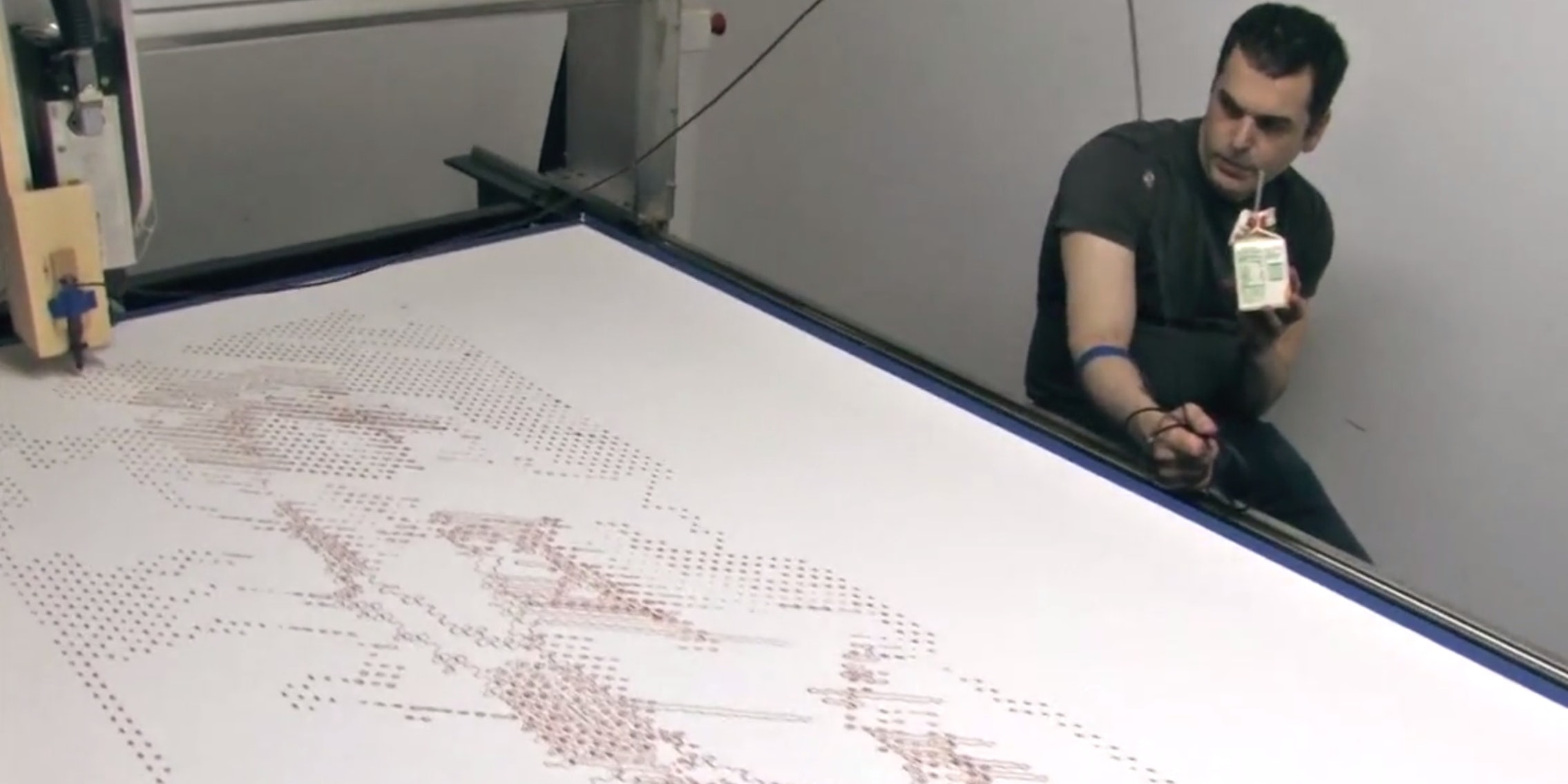 The message may be skin-deep, but it’s still plenty neat to look at.

First off, let’s all agree to not call this a “selfie.” Artists have produced self-portraits for millennia, and we shouldn’t feel pressured to apply a rapidly aging buzzword to such works just because Ted Lawson used a customized CNC machine and his own blood to make one.

Having said that: Ted Lawson painted a nude, life-size self-portrait by pumping his blood into a brush-wielding robot that took weeks to code and prep. Or he tricked us all into thinking he did. Either way, the piece is titled “Ghost in the Machine.”

“By calling it a selfie,” Circa News reported Lawson as saying, the “piece comments on the narcissism that is inherent as part of the selfie culture,” i.e., the world the rest of us apparently wallow in. Lawson is also “not the kind of person that usually takes selfies,” so I guess enjoy this rarity while it’s up at the Joseph Gross Gallery from Sept. 11 through Oct. 4.

The message may be skin-deep, but it’s still plenty neat to look at.