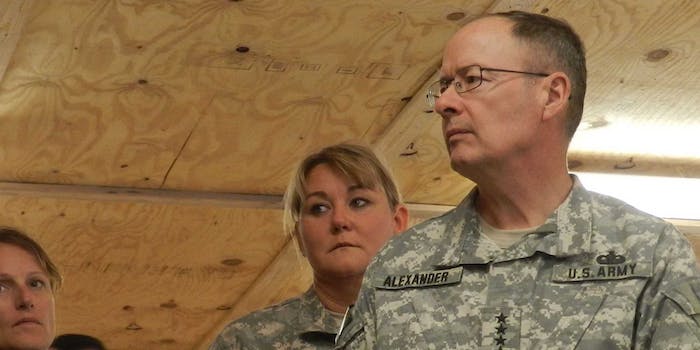 Now that you mention it, the NSA was a little misleading.

Now that you mention it, the NSA was a little misleading when it listed a bunch of ways the Foreign Intelligence Surveillance Act (FISA) doesn’t target Americans.

General Keith Alexander, who heads the NSA, wrote Tuesday, in a letter obtained by Politico: “After reviewing your letter, I agree that the fact sheet that the National Security Agency posted on its website on 18 June 2013 could have more precisely described the requirements for collection under Section 702 of the FISA Amendments Act.”

The letter was addressed to senators Ron Wyden (D-Ore.) and Mark Udall (D-Colo.), who had criticized the NSA’s “fact sheet” posted on its website. They specifically cited one point that they called “inaccurate,” and encouraged the NSA to correct it “as soon as possible,” as “it portrays protections for Americans’ privacy as being significantly stronger than they actually are.”

The senators, both members of the Senate Intelligence Committee, couldn’t state in the open letter which of the NSA’s claims it contested, as it referred to classified information not even everyone in Congress is privy to. They specified the point in a separate, closed document.

Alexander offered, in place of the rescinded memo, a version so thoroughly revised that it’s not immediately clear which of the original version’s 15 bullet points was inaccurate. Instead, the new letter makes broader, simpler claims about FISA’s section 702—which is tied with the mysterious PRISM program. Those include that acquisitions under that law:

may not intentionally target any person known at the time of acquisition to be located in the United States [and] shall be conducted in a manner consistent with the fourth amendment to the Constitution of the United States.

Alexander also conceded the senators’ other objection. They had taken issue with the NSA’s claim that “any inadvertently acquired communication of or concerning a U.S. person must be promptly destroyed if it is neither relevant to the authorized purpose nor evidence of a crime” (emphasis ours).

The NSA has previously claimed, in response to Wyden’s questioning, that it can’t even estimate how many Americans have had their data collected. So presumably, that means the NSA can’t verify they actually delete all unrelated U.S. data.