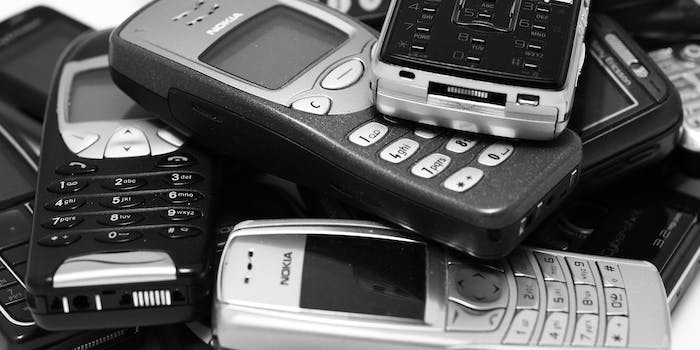 For the first time since the White House formally pledged to stop the National Security Agency from collecting Americans’ phone records in bulk, the NSA has received permission to keep doing it a little longer.

In a joint statement released Friday evening, the U.S. Department of Justice (DOJ) and the Office of the Director of National Intelligence (ODNI) said the Foreign Intelligence Surveillance Court (FISC) has renewed the NSA’s authority to collect Americans’ phone record for another 90-day period.

For years, it’s been standard procedure for the U.S.’s secretive FISA Court to order American phone companies to turn over their customers’ call records to the NSA, a process repeated every three months. That stayed hidden from the public until June 2013, however, when the very first of former NSA systems analyst Edward Snowden‘s leaked classified documents, an order for Verizon to give its daily records to the NSA, was made public.

Acquiring phone records—or metadata collection, as it’s known—under Section 501 of the Foreign Intelligence Surveillance Act quickly became one of the most visible symbols of an NSA seen by many as too invasive.

The first bill introduced in Congress to address Snowden’s leaks was an appropriations amendment that would defund the program. The House recently passed the USA Freedom Act, designed to reign in several programs, including that one, but privacy advocates say it’s been too watered down with amendments to effectively change the NSA.

In Friday’s announcement of the declassified decision to reauthorize NSA metadata collection, the DOJ and ODNI said the USA Freedom Act “would provide the public greater confidence in our programs and the checks and balances in the system, while ensuring our intelligence and law enforcement professionals have the authorities they need to protect the nation.”

“The Administration strongly supports the USA Freedom Act,” the statment continues. “We urge the Senate to swiftly consider it, and remain ready to work with Congress to clarify that the bill prohibits bulk collection as noted above, as necessary.”

After enough public outcry about the metadata collection program, the White House announced in March that it would soon put an end to it—though it was clear it hadn’t yet figured out the details on how exactly that would happen.

Privacy groups had made the call, however unlikely, for the White House to put a stop to the quarterly renewal. The metadata collection program “has gone on for too long, despite its serious implications for human rights,” Amie Stepanovich, Senior Policy Counsel at Access, said in a statement. “President Obama, having expressed his commitment to reforming U.S. surveillance programs, must seize this opportunity to demonstrate strong moral leadership and deliver on Executive Branch promises.”

They’ll likely have better luck with the USA Freedom Act getting patched back up. Access, along with the Electronic Frontier Foundation, American Civil Liberties Union, and dozens of other advocacy organizations, has called for the Senate to repair what they can in that bill, including ending bulk phone record collection.

The NSA’s current authority to collect Americans’ phone records will expire on Sept. 12, 2014.