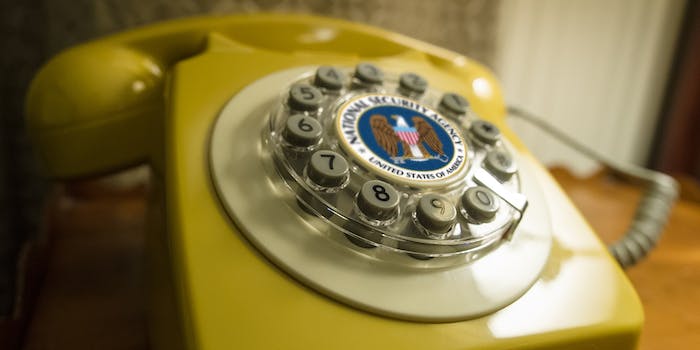 If you're tired of the NSA knowing who you called, this is really good news.

Congress’s tough decision on whether to let the government keep collecting your phone records through the Patriot Act is coming down to the wire. But the Justice Department told the NSA Wednesday that it should go ahead and call it quits.

In a striking and telling memo obtained by the National Journal, the U.S. Department of Justice instructs the National Security Agency “to begin taking steps to wind down the bulk telephone metadata program in anticipation of a possible sunset in order to ensure that it does not engage in any unauthorized collection or use of the metadata.”

The NSA must begin to shut down the program on Friday, May 22, more than a week before the provision used to justify its authority expires.

The program, while hardly the most technical of those revealed by NSA whistleblower Edward Snowden, is by far the one that looms largest when Congress talks of reform, as it affects an untold number of Americans not suspected of any crime.

It draws its legal authority from Section 215 of the Patriot Act, one of several provisions due to expire June 1 if it isn’t renewed by Congress. But the post-Snowden political climate is fractured, with different sides arguing for a variety of outcomes: to briefly renew the program; for a controversial reform bill; and to let it expire naturally, without a clear resolution in sight.

The DOJ didn’t respond to the Daily Dot’s request for authentication of the letter, nor did the NSA say whether it would abide by it.

But the DOJ’s warning for why the NSA should do it is clear. Collecting phone records after the date passes “may expose the government to some litigation risk in the event of legal challenge,” it says. And considering how many Americans are subjected to the program, that could be a hell of a class action suit.

Read the full memo below: