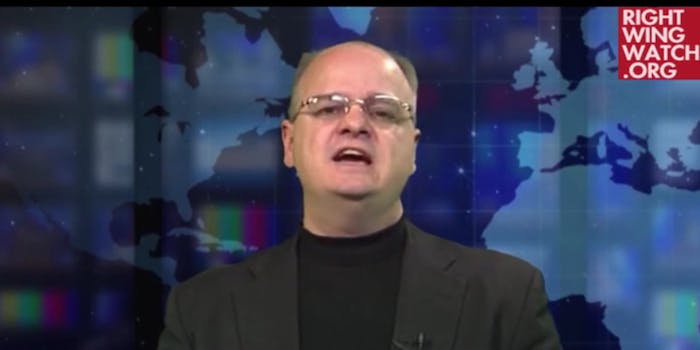 Dr. Chaps wants to pray the NSA away.

The host of Pray in Jesus Name is not happy about the National Security Agency and its “lawless” domestic spying program, and claims its roots are in a “satanic, evil spirit.” He cites a passage from Luke chapter 12, which states, “There is nothing covered up that will not be revealed,” and surely was foreshadowing Obama’s shadowy domestic spying program.

He then asks viewers to join him in prayer against the “demon of tyranny” that’s inhabiting Obama and using him to take away our fourth amendment rights. His message: We can pray the NSA away.

Incidentally, Dr. Chaps claims Wendy Davis is controlled by a demon, too.