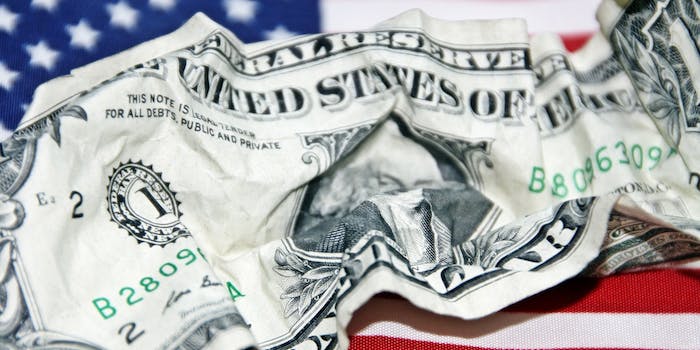 How much money are your politicians getting from the NRA?

There's a lot of money behind the laws—or lack thereof.

Following tragic events like Wednesday’s San Bernardino shooting, the national conversation often turns to stricter gun control laws and, by extension, the politicians who are supported in part by the National Rifle Association. Thanks to a slick browser plugin called Greenhouse it’s now easier than ever to see which politicians are backed by the NRA or any other organization or lobby. 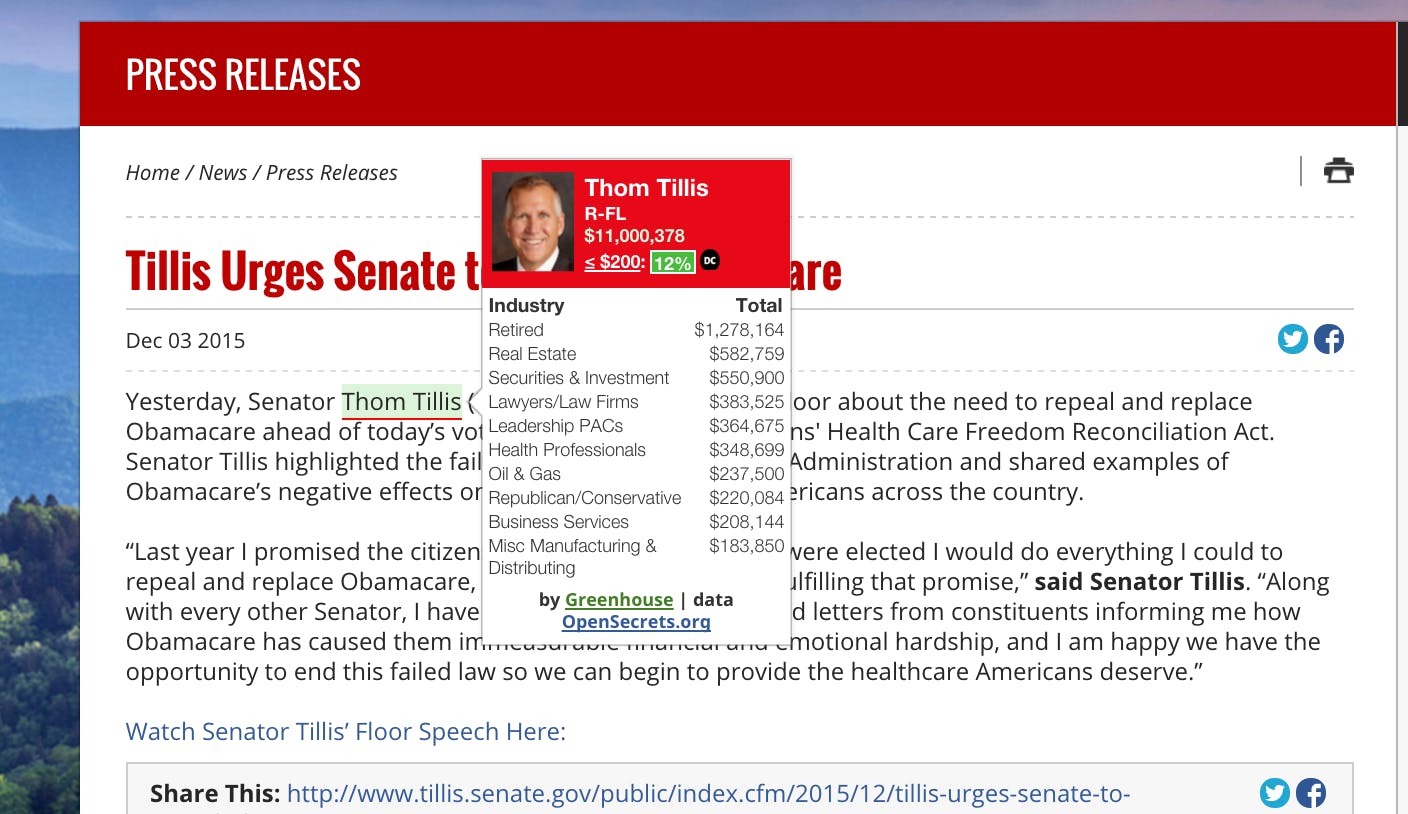 Greenhouse, which can be installed on Google Chrome, Apple Safari, or Mozilla Firefox, scours pages for names of Congresspeople and highlights them automatically. Hovering over each name with your mouse cursor produces a pop-up infographic with a breakdown of how much money the official has received from top donors, as well as their political affiliation and what state they represent.

Everything from real estate to the oil industry is represented in the plugin’s data, which is pulled directly from watchdog website Opensecrets.org. The figures are sourced from the fundraising tallies that each candidate reports during election cycles. The NRA’s contributions to candidates are grouped under the industry labeled “Gun Rights.”

However, the NRA is somewhat unique in that the organization only occasionally makes direct contributions to elected officials. Instead, the group contributes to PACs and spends millions via its lobbyists to make its presence felt. That type of influence is more difficult to track, but there are still guidelines that require groups to report on lobby expenditures.

Opensecrets keeps track of all of this data as well, and offers a thorough rundown of just how much money the NRA has been spending on lobbying. In the most recent election cycle, the group spent more than $28 million.

Igor Volsky of Think Progress has been gradually tweeting individual NRA expenditures over the past day or so, breaking down how much of that $28-plus million was spent to potentially influence each elected official.

This list of Congresspeople who have have benefited from the NRA’s generosity is long and includes some big names. Here are just a few:

.@SenateMajLdr received $922,000+ in expenditures from NRA so he voted against today's background check measure pic.twitter.com/eI4TMOYlAO

Sen @tedcruz received $65,300 in expenditures from the NRA, so he voted against today's background check measure pic.twitter.com/yiQMaz0FlY

Sen @JohnCornyn received $15,909 in expenditures from the NRA, so he voted against today's background check measure pic.twitter.com/zMCiibkEYU

.@SenCoryGardner received $1,544,783 in expenditures from NRA so he voted against today's background check measure pic.twitter.com/SjOrYmed68

It’s always important to be informed, so whether you support or oppose the NRA’s initiatives, this is great information to have.

Photo via Images_of_Money/Flickr (CC BY 2.0)