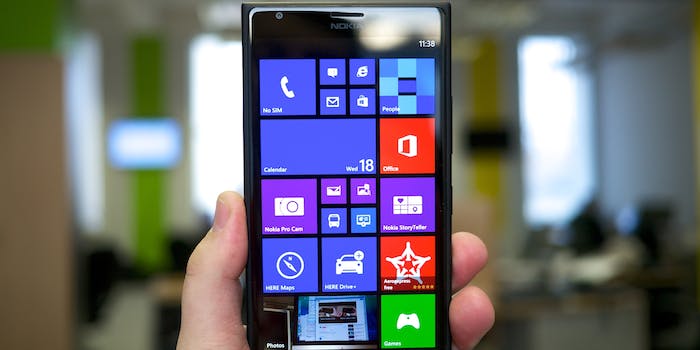 Microsoft kills of the Nokia brand, say hello to the Microsoft Lumia

Can Microsoft make a good smartphone?

For all intents and purposes, Nokia is dead. After acquiring Nokia’s Devices and Services last year, Microsoft has killed off the Nokia brand.

It’s long been rumored that Microsoft had no plans to keep the Nokia name around, and the changes have begun. Nokia’s French Facebook page posted a message saying its name would soon be changed to Microsoft Lumia, so Microsoft will officially swallow up the brand name entirely.

“We are on the verge of becoming ‘Microsoft Lumia!'” Nokia France wrote on its page. Microsoft told the Verge that the social media rebranding will roll out over the coming weeks.

While this may signal the end to the popular Nokia consumer brand, Nokia the standalone company is still alive and thriving. Now focused on telecommunications equipment and network services, the Finnish-based Nokia is essentially an enterprise company now, with HERE, the mapping service as its sole consumer product.

While the phone-making arm of Nokia may be dead, Microsoft now has the tools to build its own mobile devices in-house. It’s going to be interesting to see if Microsoft can create a device comparable to Google’s Nexus line or even the iPhone now that it has top-to-bottom capabilities.

Windows Phone is in third place behind Android and iOS in every metric, mainly by default.  If Microsoft can put together a great device, Windows Phone may actually have a chance to challenge the incumbents, and not hover one spot above last place (hi Blackberry!).