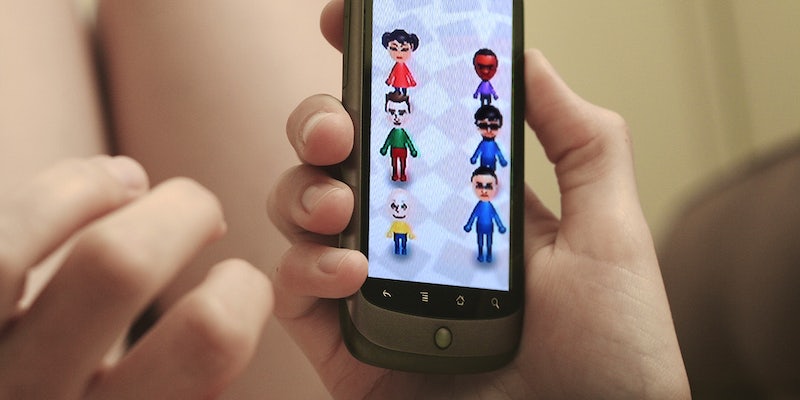 Just don't read too much in to Nintendo's move to mobile.

Is Nintendo one step closer to releasing fully fledged games on mobile devices?

Nintendo President and CEO Satoru Iwata told Nikkei Business Daily that “some Nintendo game consoles incorporate Mii, which creates a digital avatar to represent players. It would be fun for players to use their Mii characters as icons on social media. We are currently developing an application that will allow users to do that.”

So far, it sounds like the plan is just to show off your Mii avatars to your friends. It’s not a bad way to advertise the company’s brand. The app will be announced later this year whenever Nintendo rolls out its full-year results. With the release of Smash Bros. for Wii U and 3DS and Mario Kart last year, it does seem that Nintendo may have some good numbers to report.

While the app will be a marketing tool for Nintendo, Iwata said the company is still wary of entering the smartphone game arena, in no small part because the low and falling prices of mobile content make the potential return on investment uncertain.

It’s not the first time Nintendo has released a mobile app, either. In 2013, the company released a Pokedex app out on iOS.