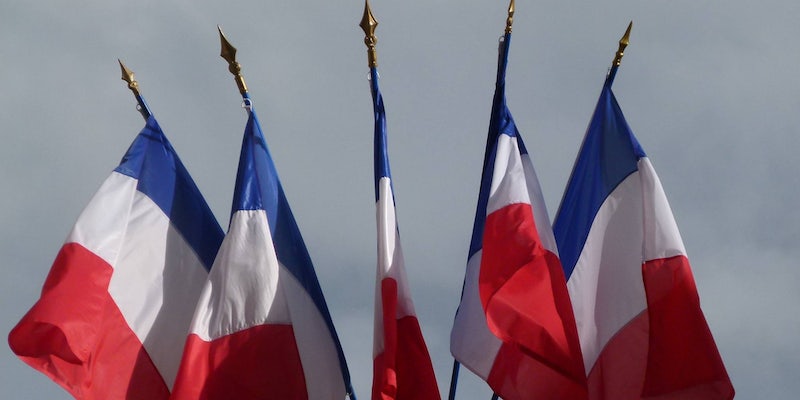 84 dead, 202 wounded after truck plows through crowd in Nice, France

Authorities are calling it an intentional 'attack.'

Dozens were killed and hundreds injured after a truck plowed through a large crowd during a Bastille Day celebration in Nice, France, on Thursday night. French authorities are treating the incident as a terrorist attack.

At least 84 people have died. Another 202 people are injured, 48 of whom are in intensive care. As many as 10 of the deceased were children or teenagers, according to French authorities.

The white truck that bulldozed over the crowd enjoying a fireworks display at the Promenade des Anglais, a popular beach in Nice, appeared to have bullet holes in the front of it, according to the Nice-Matin.

The truck was carrying firearms and explosives, according to Christian Estrosi, the mayor of Nice and president of the region.

BREAKING: Christian Estrosi, president of the region, says the truck in Nice was loaded with arms and grenades.

“People are running. It’s panic. He rode up onto the Prom and piled into the crowd,” Damien Allemand, a Nice-Matin correspondent reported, adding, “There are people covered in blood. There must be many injured.”

Maryam Violet, an Iranian journalist visiting Nice, witnessed the incident, which she detailed for the Guardian.

France’s interior ministry has confirmed that the driver of the truck died. He is believed to have been shot.

Estrosi has asked residents to remain in their homes in a tweet published soon after the deadly crash. “Dear Nicois,” Estrosi wrote. “The driver of a truck appears to have killed dozens of people. Stay at home for the time being. More news to follow.”

Nice-Matin is urging residents to use the hashtag #PortesOuvertesNice (doors open Nice) to offer places for people to find cover. Facebook has also activated its Safety Check feature.

The tragedy comes just eight months after a series of attacks carried out by Islamic State militants killed 130 people in Paris.

In the U.S., President Barack Obama issued a statement condemning the attack and confirming that his team is in contact with French officials and has offered “any assistance that they may need to investigate this attack and bring those responsible to justice.”

Presumptive Republican nominee Donald Trump was quick to denounce the attack, which he used to further his staunch position against terrorism. The businessman and former reality TV star also postponed the announcement of his pick for vice president, which was scheduled for Friday morning.

Another horrific attack, this time in Nice, France. Many dead and injured. When will we learn? It is only getting worse.

In light of the horrible attack in Nice, France, I have postponed tomorrow's news conference concerning my Vice Presidential announcement.