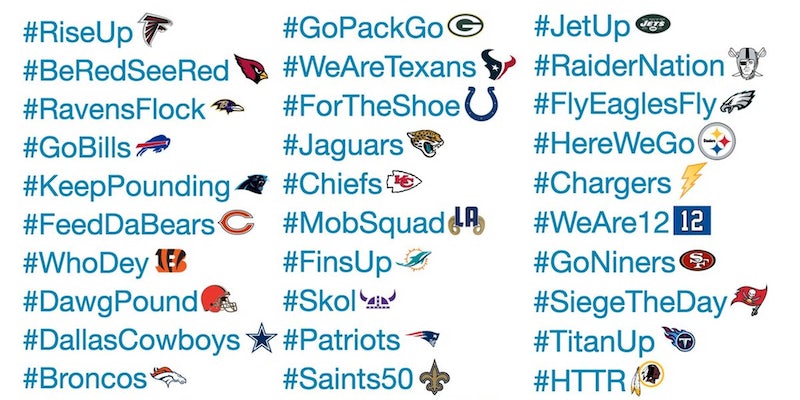 The NFL and Twitter are making it easier than ever to showcase your favorite team on the social media platform.

Using an emoji to cheer on your favorite NFL team, or talk trash on your rivals, is easier than ever thanks to a new set of emoji launched by Twitter and the National Football League. The 32 emoji set is free to use and requires no downloading, so if you’re still rocking an iPhone 4s for some reason you can take part in the fun.

To activate your team’s emoji simply use one of the hashtags shown in this graphic and the image will instantly appear. Examples include #RiseUp for the Falcons, #GoPackGo for the Packers and #GoNiners for the San Francisco 49ers, but just download the image below as a handy cheat sheet. The emojis hit just in time for Thursday night’s season opener between the Denver Broncos and the Carolina Panthers. 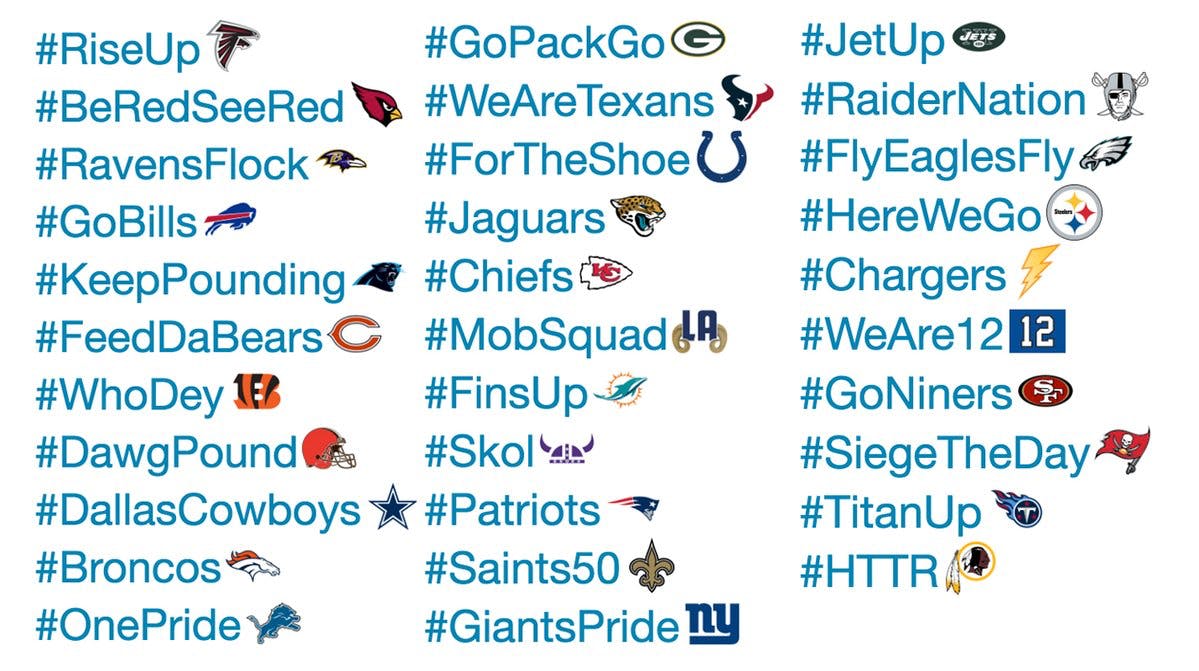 Correction: An earlier version of this story incorrectly identified the 49ers as being from San Diego.