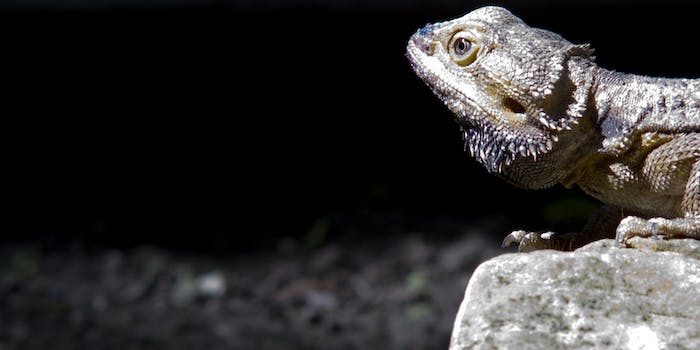 A supposed snake in the grass speaks out.

Call it a perk of living in a small country: when you ask the prime minister whether he’s secretly a reptilian from another planet, he may actually take the time to answer.

That was the hardball question—included in an Official Information Act (OIA) request—that New Zealand PM John Key found himself addressing in comments to the national press this week. He adamantly denied the charge that he was part of an extraterrestrial conspiracy.

“To the best of my knowledge, no,” Key said. “I’ve taken the unusual step of not only seeing a doctor but a vet, and both have confirmed I’m not a reptile … I’ve never been in a spaceship, never been in outer space, and my tongue’s not overly long either.”

Auckland’s Shane Warbrooke was the man who submitted the request to Key’s office; the form demanded, as well as data for Warbrooke’s UFO research, “any evidence to disprove the theory that Mr. John Key is in fact a David Icke style shapeshifting reptilian alien ushering humanity towards enslavement.” Icke is a British author who contends that a “Babylonian Brotherhood” of reptilian humanoids has infiltrated the highest levels of government and industry worldwide, suspending the rest of us in an illusory “dreamworld.”

Officially, Key’s chief of staff denied Warbrooke’s request, given that “the document alleged to contain the information requested does not exist or cannot be found,” so it’s nice that the New Zealand National Party’s leader got around to refuting the claim—even if that’s exactly what a reptilian would do. We’ve no doubt that here in the U.S., dozens of Freedom of Information Act requests positing a similar theory are summarily rejected each day.

Plus, even when you directly ask an American politician if he’s actually a scaly monster from beyond our galaxy, you may not get a straight answer. That’s what comedian Louis C.K. found out when he confronted probable lizard-person Donald Rumsfeld on “Opie & Anthony” a few years ago:

Personally, I wouldn’t be too bothered to find out that I’ve been ruled by malevolent reptilians my entire life. It’s the not knowing that kills me.