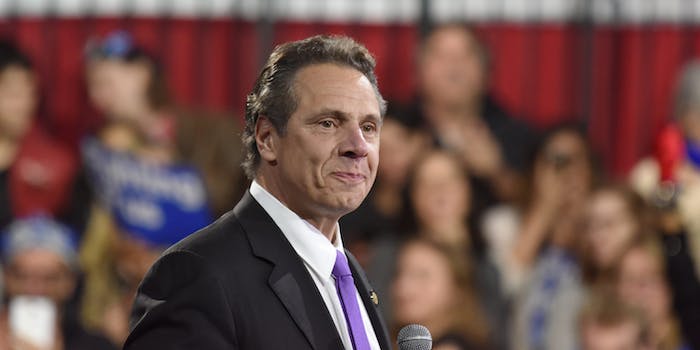 You now have a new reason to move to the Big Apple.

New York is officially the first and only state in the U.S. to cover four-year public college tuition for residents.

State lawmakers agreed to include the tuition-free plan, which Gov. Andrew Cuomo introduced in January, in the state budget they approved late Sunday night. The budget includes a record $7.5 billion for higher education.

“There is no child who will go to sleep tonight and say I have great dreams, but I don’t believe I’ll be able to get a college education because parents can’t afford it,” Cuomo said in a statement on Saturday. “With this program, every child will have the opportunity that education provides.”

Students must be enrolled full-time with at least 30 credits per year in order to qualify, and they are expected to cover housing costs. After students graduate, they are expected to live and work in New York for the same number of years funding was accepted. If students choose to leave the state, the scholarship would immediately convert into a loan.

Private school students from families making under the income cap would also benefit. Eligible students would get a maximum of $3,000.

Tennessee, Oregon, and Minnesota already have tuition free for two-year colleges, but New York is the first to extend coverage to four-year colleges. This comes just a week after Sen. Bernie Sanders (I-Vt.) introduced the College For All Act in efforts to make tuition-free college an option for students across the U.S.