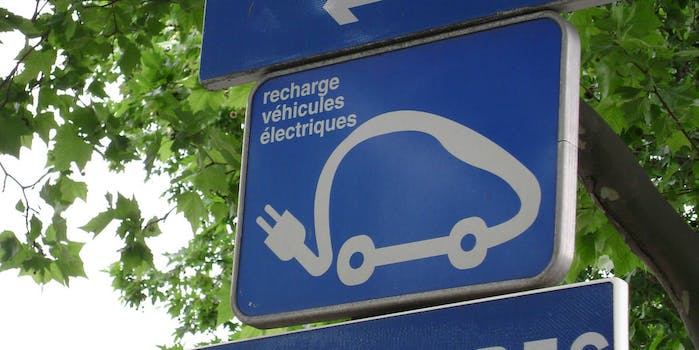 This new material could make super-batteries for phones and cars

Imagine driving an electronic car for hours and then recharging it as quickly as filling a tank of gas.

Researchers at the University of Surrey have announced the development of a new material that could be used to create batteries that are stronger, charge faster, and are greener than our current conventional batteries. With this polymer, the researchers, who worked in collaboration with the University of Bristol, believe they can create supercapacitor batteries that charge in minutes and last 1,000 to 10,000 times longer than the batteries we know today.

Supercapacitors have been cited by Elon Musk as the future of electric vehicles due to how much more efficient they are at storing energy. However, while they store energy efficiently, they have a poor density per kilogram, meaning they’re heavier and larger than traditional batteries. This new polymer could be used to help create high-density supercapacitors.

Batteries made using this new polymer could be used to help create electric car batteries that would drive for six to eight hours at a time, and then be recharged in a matter of minutes to get you back on the road. Imagine charging your car in the same time it takes to refill a tank of gas, instead of hours.

But the polymer’s potential uses don’t stop at batteries. Dr. Ian Hamerton, of the University of Bristol’s Department of Aerospace Engineering, said: “While this research has potentially opened the route to very high-density supercapacitors, these polymers have many other possible uses in which tough, flexible conducting materials are desirable, including bioelectronics, sensors, wearable electronics, and advanced optics. We believe that this is an extremely exciting and potentially game-changing development.”

Researchers are currently seeking commercial partners to supply their polymers and help fund the building of these new, ultra high-energy and high-density storage devices.