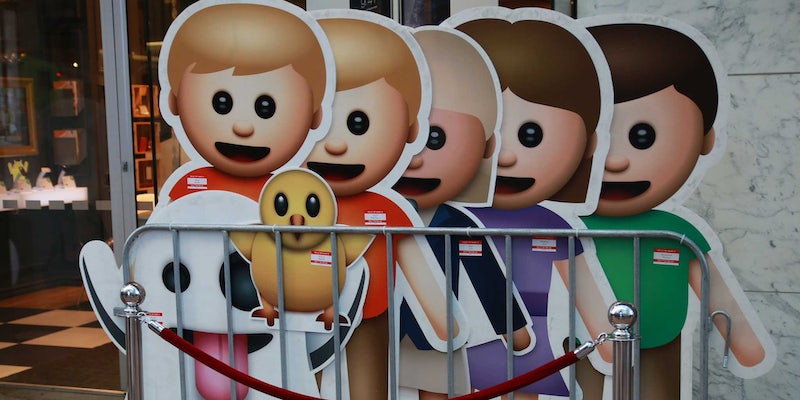 Apple‘s new set of diversity-minded emoji just arrived with a bang. Developers with access to the iOS 8.3 and OS X 10.10.3 betas now have a sneak peek of the new set of the more inclusive icons. Pressing and holding certain emoji will pull up a skin tone selection tool, which now reflects the diversity of mobile users obsessed with communicating via the miniature figures.

Tension around a lack of non-white emoji has ramped up in tandem with our ferocious need to talk to one another via tiny cartoons. The new skin tone color palettes are now possible thanks to the “skin tone modifiers” update to the unicode standard—the simple codes that represent the set of emoji across platforms.

Apple’s beta updates also include a wider selection of country flags as well as a revamped phone and watch icon (surprise, it’s an Apple Watch!).

In iOS 8.3 and OS X 10.10.3, Apple has replaced the watch emoji with a new Apple Watch emoji. https://t.co/jGhCbPkryq pic.twitter.com/qDhHbHTl9h

Until the wide release of Apple’s mobile and desktop software, our phones will still be overrun by teensy white people, but at least we know what we’re looking forward to. And just when we were ready to go back to Wingdings.