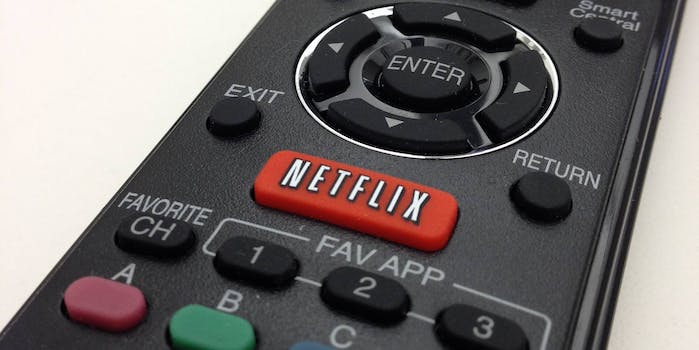 Want to stream Fast and Furious but getting infuriated by your lack of fast Internet? Netflix just created a speed-testing website that can tell you if your Internet service provider is shortchanging you.

The streaming service’s Fast.com portal is designed to be a streamlined speed-testing experience—no frills, no extras, not even an upload speed assessment. Just a big number that shows your current download speed, letting you compare it to the speed you pay your ISP to deliver.

Fast.com begins running its test as soon as you visit the site; there’s no start button. Because download speed is the only factor that affects video playback quality, it’s the only thing Netflix tests. If you want to know your upload speed, ping, latency, and other measurements, you’ll have to look elsewhere.

After the site calculates your Internet speed by performing a series of downloads from Netflix servers, you can head over to Speedtest.net to compare your speed to those offered by other ISPs.

For Netflix, the point of Fast.com isn’t just to show people their Internet speed; it’s to get them to act on the information. If your slow connection is causing streaming issues, Netflix wants you to ask your ISP why that’s happening.

Netflix has been understandably obsessed with downloads and data usage lately. Prior to launching Fast.com, the company gave its mobile users more control over the amount of data its app eats up, and it has been working to optimize its content so it uses less data during streaming.

What Netflix can’t fix on its end is the speed at which its content reaches users. It’s just hoping that Fast.com leads to some improvements.