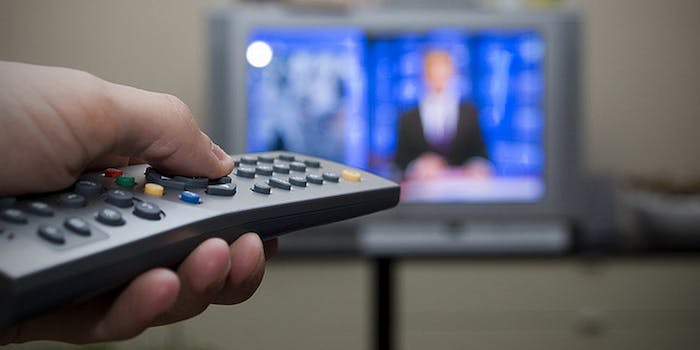 Netflix wants to tell you what TV to buy

The Smart TV is the one living room device that hasn’t caught up to today’s almost instant web experience. Televisions still often take forever to boot up, require input switching, and have painfully slow operating systems when compared to their smartphone or computer counterparts.

Thankfully, someone is here to direct us to the most user-friendly televisions available. Who might that be? Netflix. The streaming company launched its “Netflix Recommended” TV program last year which lists the televisions that provide the best user experience. Most of the criteria is based on how quickly the TV gets you to watching what you want to watch. To qualify as a recommended device, a television must meet five of seven criteria that include things like instant-on, a Netflix remote control button, and a fast app launch feature.

It’s the only television recommendation you’ll find that completely disregards picture and sound quality, and just about anything that doesn’t have to do with how fast you can start watching Netflix.

The testing goes down at the company’s headquarters in Los Gatos, California where a number of rooms are dedicated to racing the operating systems of Smart TVs. So far, 4K TV lines from LG and Samsung have made this year’s cut. Those TVs turn on in just five seconds compared to last year’s equivalent models that took almost a minute.

For Netflix, it’s all about getting people to buy the TVs that will get them on their site or app as quickly as possible. And every wasted second is important: Amazon, for example, estimates it loses 1 percent of profits for every 100-milliseconds it takes to load their webpage. The criteria for being on Netflix’s recommended list is becoming more difficult as televisions continue to take big strides with operating speeds. Just this week, Vizio announced the release of their new P-series TVs, replacing an ordinary remote control with a six-inch Android tablet with the hope of giving viewers an experience as immediate as that offered on a smartphone or tablet.

The image quality of TVs have reached new heights in the last few years with 4K resolution and OLED technology. As we wait for streaming services like Netflix to provide content that takes advantage of these innovations, we can only hope manufacturers take their own time to optimize less attention grabbing features, and maybe even get their names on the Netflix Recommended list.