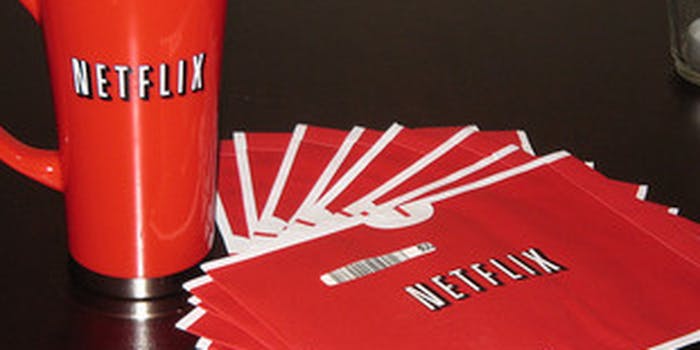 The two heavyweights have taken off their fighting gloves, at least for now.

Your next Netflix binge is potentially about to get a whole lot faster.

The streaming giant has inked a deal with AT&T to deliver its customers faster service and reduced buffering.

“We reached an interconnect agreement with AT&T in May and since then have been working together to provision additional interconnect capacity to improve the viewing experience of our mutual subscribers,” Netflix spokesperson Anne Marie Squeo told Time magazine.

It’s unclear how much Netflix paid for the improved connections, but AT&T is already in the process of making the changes.

“We’re now beginning to turn up the connections, a process that should be complete in the coming days,” AT&T spokesperson Mark Siegel confirmed.

Netflix’s new deal with AT&T comes on the heels of similar (and equally controversial)  agreements with Verizon and Comcast, and not without tension. Netflix has been very forthcoming about its belief that it should not have to pay Internet service providers (ISPs) additional fees to deliver its content, saying such fees would be unfair to smaller Internet companies and thus violate the basic principle of net neutrality.

AT&T fired back, executive Jim calling Netflix “arrogant” for aiming to unload its costs onto an ISP. “When Netflix delivered its movies by mail, the cost of delivery was included in the price their customer paid,” he wrote in March. “It would’ve been neither right nor legal for Netflix to demand a customer’s neighbors pay the cost of delivering his movie.”

For now it seems the heavyweights have taken off their fighting gloves, but with the FCC set to rewrite net neutrality rules later this year, it’s unclear if Netflix’s current deals will remain in place.