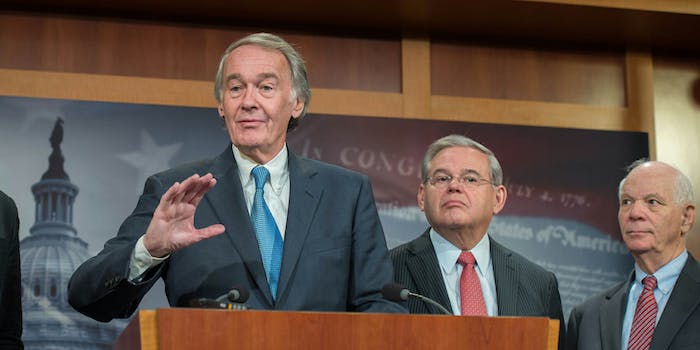 He told WGBH he was planning to put the issue on the 'political hot seat.'

Sen. Edward Markey (D-Mass.) continued to hint that Congress may take action on net neutrality during an interview this week.

The Massachusetts senator, who has been an outspoken proponent of net neutrality and spearheaded the Senate’s CRA effort last year to overturn the Federal Communications Commission’s (FCC) decision to repeal the rules, spoke with WGBH, a radio station, about what the future of the issue may hold in Congress.

This is the second time this month that Markey has touched on possible legislative action. Earlier this month, as a federal court heard oral arguments for a suit that aims to overturn the repeal, the senator said he would “soon” introduce a bill that would codify net neutrality rules.

“We will soon lay down a legislative marker in the Senate in support of net neutrality to show the American people that we are on their side in overwhelmingly supporting a free and open internet,” he said at the time.

Markey hinted again at Congress becoming involved on Wednesday, telling WGBH he was working with fellow Democrats to put net neutrality “on the political hot seat.”

“In 2019, there will be action now coming out of the House,” he said, according to the radio station, adding: “Over in the Senate, stay tuned because I am working with other Democrats in a strategy to have the Senate, as well, be put on the political hot seat.”

During a House subcommittee hearing earlier this month several Republicans said they would introduce their own net neutrality bills, however, advocates stressed that the bills would not go far enough in protecting net neutrality.

You can read more about Markey’s interview with WGBH here.