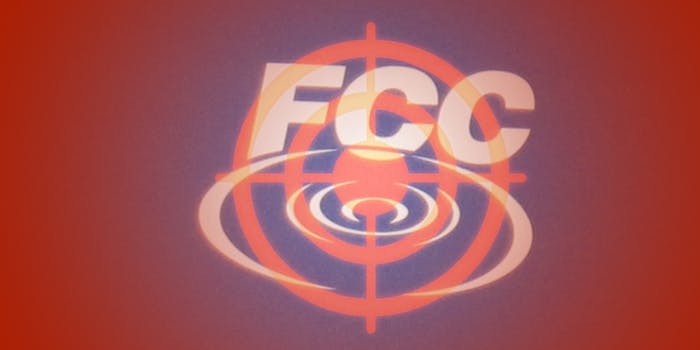 Suing the FCC directly is apparently not an option.

The moment the FCC approved sweeping net neutrality rules that reclassified broadband Internet service as a public utility, Internet service providers and the trade groups that represent them began preparing for a legal war.

The biggest question in the immediate aftermath of the Federal Communications Commission’s 3-2 vote to approve regulation under Title II of the Communications Act of 1934 was which company would be the first to sue. Although almost all of the large cable and wireless companies hate the new rules, many of them need FCC approval on unrelated matters, making it less likely that one of them would directly sue the agency.

Three weeks after the FCC’s historic vote, it appears likely that the first net neutrality lawsuit will come from one of the trade groups representing the major ISPs.

“At least some companies, including Verizon Communications Inc., are currently not planning to bring individual lawsuits and instead aim to participate through trade groups,” sources told Reuters.

The organizations that are expected to sue the FCC include CTIA–The Wireless Association, which represents cellphone carriers like Verizon and AT&T; the National Cable and Telecommunications Association (NCTA), composed of home Internet providers like Comcast and Time Warner Cable; and USTelecom, a trade group for various companies involved in providing broadband.

“The wireless industry has no choice but to look to the courts and Congress for a remedy since the FCC failed to provide mobile-specific rules, which would allow the industry to continue to innovate and compete to benefit Americans,” a CTIA spokesperson told the Daily Dot in an email.

A spokeswoman for USTelecom said the group aims to address its members concerns through legislation but provided few details regarding potential lawsuits against the FCC.

“As a policy we do not discuss detailed aspects of potential litigation,” said Anne Veigle, senior vice president for media affairs at USTelecom, “but I can tell you at this time USTelecom and its members are reviewing the order and determining what legal recourse they might have on this matter. USTelecom and its members are also hopeful that it can work with Congress to address the issue through legislation.”

NCTA has not yet responded to our requests for comment.

Although the FCC has released a draft of its net neutrality rules, those rules do not become final until they have been published in the Federal Register. They will take effect 60 days after that, at which point a court would consider a challenge to the rules ripe for consideration. Even at that point, however, any trade group or corporation that wanted to sue the FCC would still have to prove that the rules directly and concretely harmed them. This issue, known as standing, is likely to delay a challenge for some time.