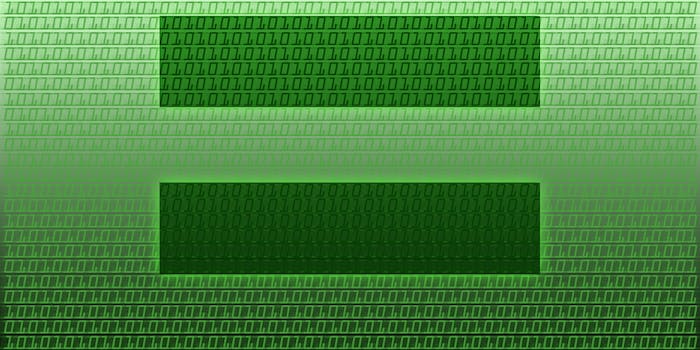 Put that bill in that fast lane!

Congressional Democrats introduced a bill on Tuesday that would effectively enshrine net neutrality into law.

The Online Competition and Consumer Choice Act (OCCCA) will mandate the Federal Communications Commission (FCC) use its regulatory authority to prohibit Internet service providers (ISPs) from speeding up transmission to consumers of certain types of digital content while slowing down others.

Earlier this year, the FCC proposed a new set of rules that would allow ISPs to charge content providers a fee for the ability to transmit data to consumers at a faster rate as long as those fees are ?commercially reasonable.” The proposal was extremely controversial, resulting in a widespread outcry from consumers, tech companies, and advocacy groups who fear that a tiered Internet will stifle competition from smaller startups that cannot afford to pay the same fees for speedy service as deep-pocketed incumbents.

The proposal, which is being put forward by Sen. Patrick Leahy (D-Vt.) and Rep. Doris Matsui (D-Calif.), would only apply to the data sent directly from ISPs to customers. It does not cover ?peering,” which is how Internet companies pass data between each other.

“Americans are speaking loud and clear—they want an Internet that is a platform for free expression and innovation, where the best ideas and services can reach consumers based on merit rather than based on a financial relationship with a broadband provider,” said Leahy in a statement.

The U.S. currently has no federal laws that explicitly address net neutrality. The FCC instituted a policy enforcing the priciple that all data on the Internet be treated equally in 2010; however, without the force of law behind it, the so-called Open Internet Order was mostly struck down by the U.S. Court of Appeals in January.

In a statement issued Tuesday, Congresswoman Matsui derided ISPs for profiting off of “pay-for-play’ schemes that divide our internet into tiers.”

“A free and open Internet is essential for consumers, and to encourage innovation and competition in the Internet ecosystem. Our country cannot afford ‘pay-for-play’ schemes that divide our Internet into tiers based on who has the deepest pockets. The Online Competition and Consumer Choice Act will ban paid prioritization and ensure fair competition and consumer choices online. This is essential to the growth of our economy, and the health of our democracy.”

Franken, a staunch supporter of net neutrality principles, says the OCCCA would help “preserve the Internet as we know it.”

“Net neutrality is the principle that all Internet traffic must be treated equally. And that’s the way it should be—the website of a Minnesota small business should load as quickly as the website of a large business. Since the FCC’s rules for net neutrality were struck down earlier this year, I’ve been fighting hard to make sure that the Internet remains an open marketplace where everyone can participate on equal footing. Our bill would be a huge step towards preserving the Internet as we know it.”

This is not the first time Democrats in Washington have attempted to officially make net neutrality the law of the land.

In the wake of the January court decision, Matsui joined with Waxman on a bill that would have required the FCC to uphold net neutrality. Waxman’s legislation met the same fate as a similar ban on fast lanes he co-sponsored back in 2009—it ultimately didn’t go anywhere.

On the Republican side of the aisle, there appears to be little sympathy for the net neutrality cause.

Senator Ted Cruz (R-Tex.) has circulated a bill that essentially does the opposite of the Democratic plan. Cruz’s legislation would strip the FCC of its authority to regulate ISPs altogether. ?Internet freedom has produced robust free speech for billions and a wide-open incubator for entrepreneurs to generate jobs and expand opportunity,” said Cruz in a statement announcing the bill. ?A five-member panel at the FCC should not be dictating how Internet services will be provided to millions of Americans.”

In addition, Rep. Bob Latta (R-Ohio) introduced legislation last month aimed at prohibiting the FCC from classifying ISPs as ?common carriers” under Title II of the Telecommunications Act. Open Internet advocates insist that reclassification is the strongest form of net neutrality protection available because, as a common carrier, ISPs would be categorically required to treat all content equally.

With the FCC unable to set rules regarding online data transmission, that responsibility would left up to Congress, which (it should be noted) is experiencing the least productive period in its history.