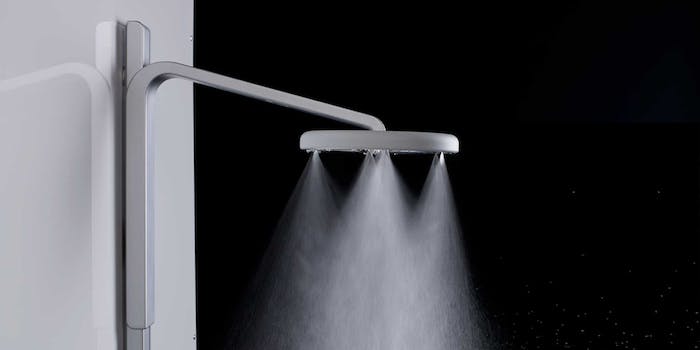 Super-efficient shower could pay for itself in just a year

Make it rain with the cash you'll save.

Want to shower the way Tim Cook does? Well you have some weird wishes, but you can fulfill them with Nebia, the new water-saving shower head that’s attracting some of the biggest names in tech.

The Nebia Shower system, which recently broke the $1.5-million mark on Kickstarter (original goal: $100,000), is wooing the public and noteworthy investors with its promise of an eco-friendly shower.

Showering is one of the biggest culprits of energy and water waste. The Environmental Protection Agency (EPA) found that showers accounted for 17 percent of total water use in most homes. To make matters worse, a Lawrence Berkeley National Laboratory study suggested that we waste as much as 30 percent of that water.

Nebia wants to change that. Because our current showers are inefficient, Nebia created what it calls “H2MICRO” technology to atomize the water into millions of droplets. Doing so creates 10 times more surface area than is present in a regular shower. Essentially, H2MICRO stretches out a much smaller amount of water to make it feel like a normal shower.

The results have been impressive. Nebia claims that its shower system reduces water usage by 70 percent. It is also 13 times more thermally efficient, requiring less energy to heat the water—eliminating one of the primary causes of water waste.

Nebia says that its shower can save a family of four more than $397 per year in heating and water bills. The system itself costs $399, meaning it would essentially pay for itself by the end of the year.

Nebia expects to begin shipping in May 2016. It’s already well beyond its initial crowdfunding goal, so it will have plenty of orders to fulfill right off the bat.